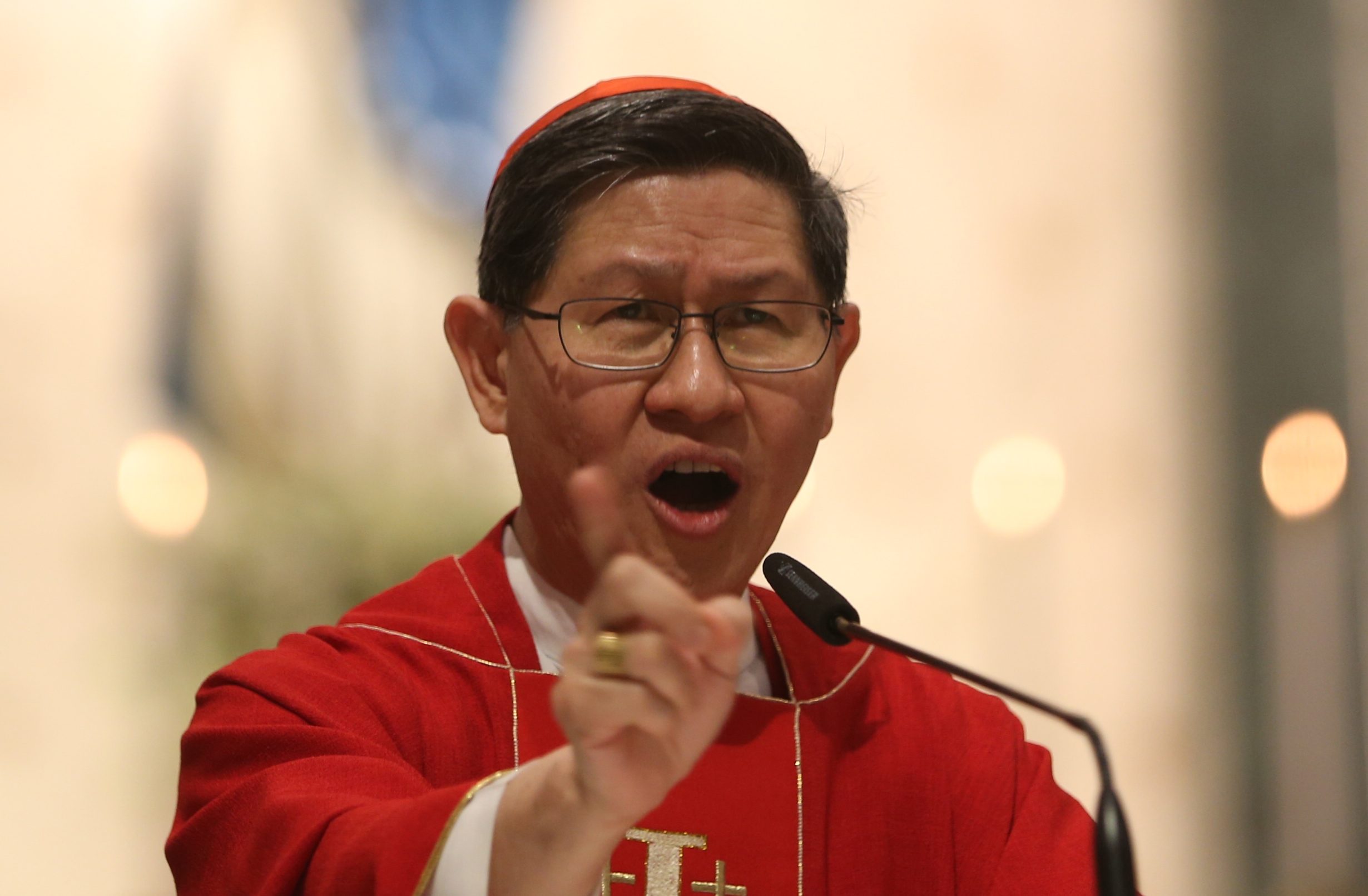 “We urge those who planned and executed this brutal act to ask forgiveness of God and humanity, to leave behind their destructive ways and to start a new life of truthfulness, justice and love befitting true human beings,” Tagle said in a statement.

Tagle described the bombing as “senseless” and “inhumane,” and said it “violates the sense of God present in every human heart.”

“Shock, anger, and sadness envelope our hearts. What has happened to humanity? Is there no more room for decency and conscience?” he asked.

Tagle then expressed solidarity with victims of the double explosions and assured them of the Church’s assistance.

“We in the Archdiocese of Manila unite ourselves with the civilians and military personnel who died. You are in our prayer. Be assured that you will be given divine justice,” he said.

“We are one with the families of the dead and the wounded and the community of Jolo. You have a family in us. We are ready to assist you in your needs,” he added.

Further, he called on Filipinos to keep their “commitment to peace.”

“Only good can combat evil. Instead of being discouraged, let us strengthen our resolve to work for peace based on justice, truth, love and respect for human life and dignity,” Tagle said.

“Let us multiply good and honorable thoughts, sentiments, words and actions. Let us not abandon our efforts to dialogue with people who differ from us. Bridges are more useful than walls,” he added.

The deadly explosions last Sunday at the Cathedral of Our Lady of Mount Carmel left 20 persons killed and 112 others wounded. The first bang happened inside the cathedral while Mass was ongoing while the second blast occurred moments after at the church’s parking lot.

READ: ‘Most of those who died were our regular Mass-goers’ – apostolic administrator

The military earlier said it is looking at the Ajang-Ajang faction linked to the Abu Sayyaf Group (ASG) as the perpetrator of the bombings. But a report said the Islamic State group owned up to the deadly incident, citing the SITE Intelligence Group, which monitors jihadist activities. /kga