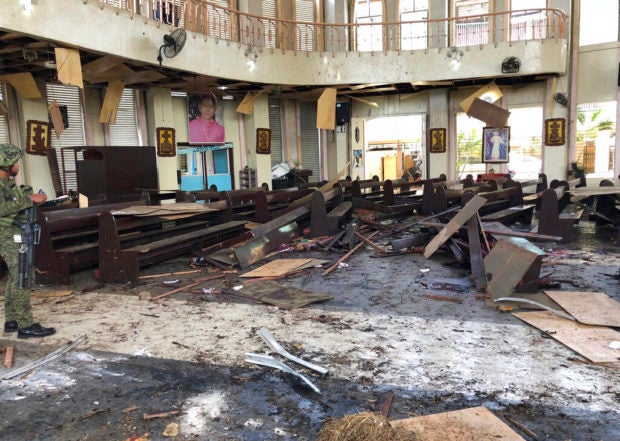 In this photo provided by the military Western Mindanao Command, a soldier views the destrution inside the Roman Catholic cathedral of Our Lady of Mt. Carmel in Jolo, Sulu province after two bombs exploded Sunday, Jan. 27, 2019. AP

MANILA, Philippines – The Islamic State (IS) group has claimed responsibility for a double bomb attack on a Catholic church on a southern Philippine island that killed at least 18 people, according to the SITE Intelligence Group which monitors jihadist activities.

IS issued a formal communique claiming two suicide bombers had detonated explosive belts Sunday inside the church and its car park on Jolo — a stronghold of Islamist militants in the Catholic-majority nation. /cbb