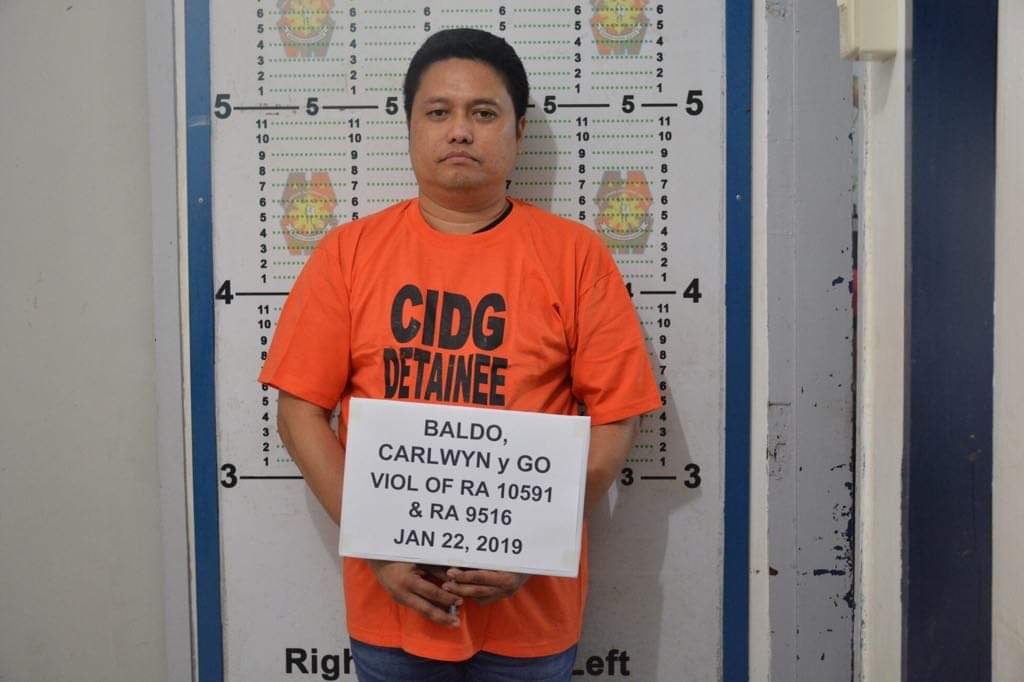 MANILA, Philippines — The Philippine National Police (PNP) has filed criminal complaints against Daraga Mayor Carlwyn Baldo after firearms and explosives were confiscated inside the compound of the local executive’s residence in Albay.

Under the complaint filed before the Albay Provincial Prosecution Office on Wednesday, Ronnie Fabia of the Criminal Investigation and Detection Group (CIDG) in Albay accused Baldo of violating Republic Act 10591 or the Comprehensive Firearms and Ammunitions Act.

Another complaint also accused Baldo of violating R.A. 9516 or Illegal Possession of Explosive.

Under the complaint, the police found “one complete round of 40mm which is used in M203 grenade launcher, a high explosive ordnance capable of destructing properties and inflicting injuries or death to personnel when detonated” in the Baldo compound.

A team of CIDG officers served the search warrant, signed by Executive Judge Elmer Lanuzo of Legazpi City Regional Trial Court, for illegal possession of firearms and ammunition around 2:30 p.m on Jan. 22.

According to a Bicol police report, the implementation of the search warrant is “part of the effort to build solid evidence leading to the successful prosecution of the suspects in the Batocabe slay.” /ee