‘Crazy’? Trillanes must be referring to himself, says Palace 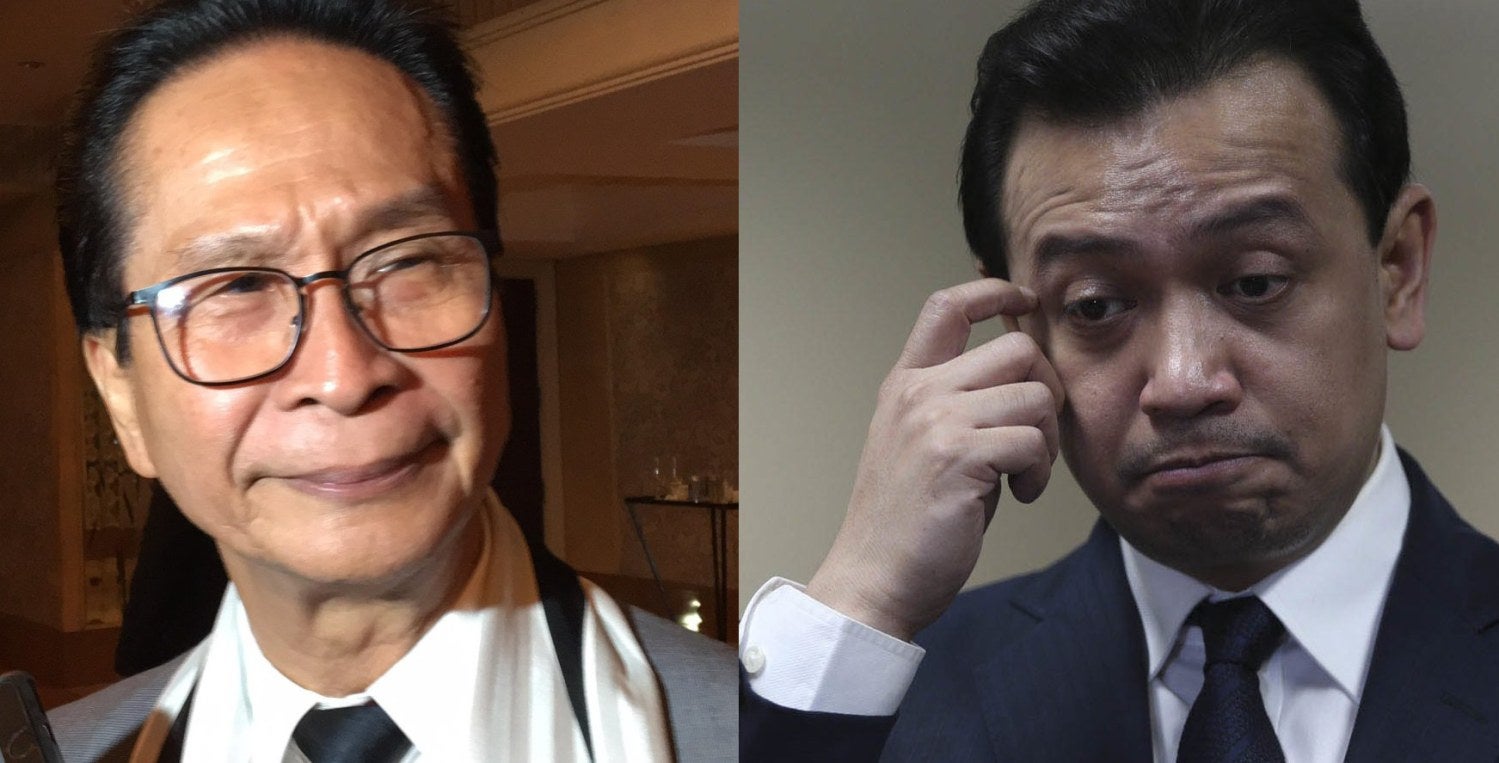 MANILA, Philippines – Sen. Antonio Trillanes IV must be referring to himself when he called President Rodrigo Duterte “crazy,” Malacañang said Monday, as it shrugged off the relentless tirades of the opposition against the Chief Executive.

“Senator Trillanes’ latest attack against the President, even calling him “baliw,” because criminal charges have been filed against him for his transgressions is a distorted if not a fallacious argumentation. When he described PRRD as “baliw,” he must have been referring to himself and correctly so,” Presidential Spokesperson Salvador Panelo  said in a statement.

“He pompously claims he is not afraid of facing the criminal suits against him but his partisan vociferous rantings show that he is in mortal fear of going back to jail,” Panelo added.

He said the rants of Trillanes “go against the sentiments” of Filipinos as reflected in the latest Pulse Asia survey.

Panelo said the high approval and trust ratings of President Rodrigo Duterte should serve as a reminder for the opposition that their relentless tirades against him “are falling flat on their faces.

“The December 2018 Pulse Asia rating should serve as a timely reminder to the rabid political opposition, especially to the loose cannonball critic, outgoing Senator Antonio Trillanes IV, that the continuous assaults against the President and his administration are falling flat on their faces with the rise of [Duterte’s] approval and trust ratings,” he said.

“With the election period for the May midterm polls in the horizon,” the Palace official said, “We expect the political noise to escalate further.”

“The handwriting on the wall as graphically shown by the survey figures is glaring. Our people are fed up with the destructive politicking dished out by the opposition and PRRD’s critics and detractors,” he said.

Filipinos, he added, “want to maintain the visible and continuing genuine change, as well as the tangible results they are witnessing and experiencing under the current leadership of the President.”

“For a change and for the good of the nation, we urge the political opposition to engage the administration in a healthy debate of programs and platforms productive and beneficial to the Filipino people,” he said. /cbb