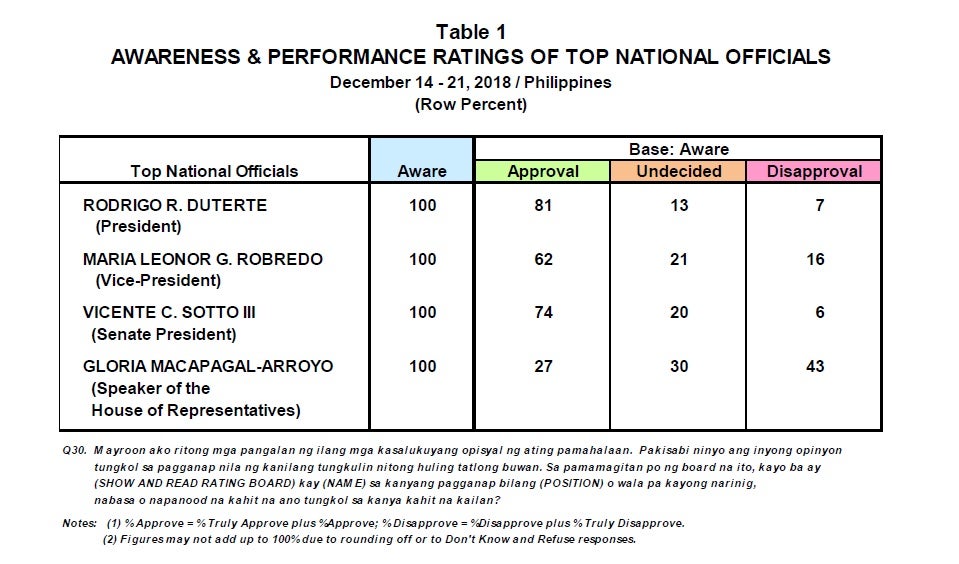 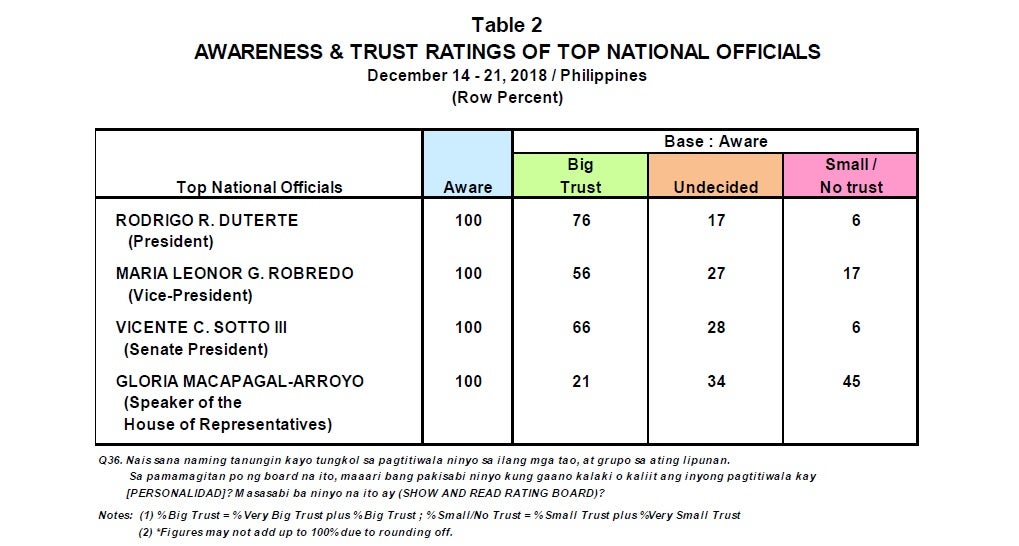 Duterte and Sotto got majority approval and trust ratings across all geographic areas and socio-economic classes.

For Arroyo, the only majority rating she obtained was her 52 percent distrust rating in Metro Manila. All her other ratings were below 50 percent.

In the same survey, the Senate got the highest approval rating at 69 percent and 65 percent among government institutions.

The House of Representative followed with a 66 percent approval rating and a 64 percent trust rating.

The Supreme Court had the lowest approval and trust rating at 64 percent and 62 percent, respectively. /muf