Imee Marcos: I learned about covenant signing too late 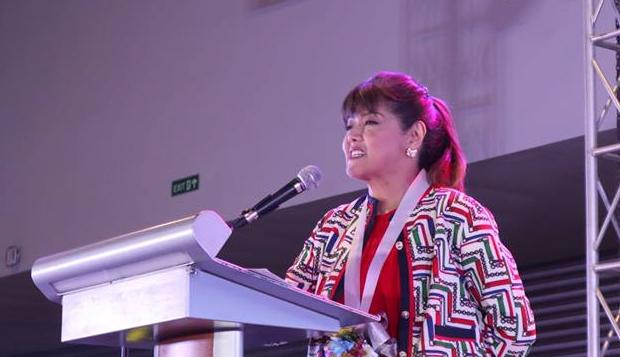 MANILA, Philippines — “This may sound like a really lame excuse, but I only heard about it last night.”

Ilocos Norte Gov. Imee Marcos, who is running for a Senate seat, had this to say after former House Deputy Speaker Lorenzo “Erin” Tañada, an oppositionist senatorial bet, expressed disappointment when no administration candidate went to the peace covenant signing held in Quezon City early Sunday.

“That’s the problem. I think there was no notice, no sufficient notice,” Marcos said during a media forum on the same day.

[You know that many candidates are from the provinces or making the rounds of the provinces. But, in truth, we were only told about it last night.]

The Comelec has yet to release the list of official candidates for the May 2019 elections.

READ: Comelec to release list of candidates before Jan. 23

She said that she and other candidates in the administration slate called each other about the event.

[We called each other. Some candidates were hoping they could go. Ronald dela Rosa and Zajid Mangudadatu tried to get there. They were all wanting to go and we were hoping we could make it. But they really couldn’t. I came from Bulacan last night. There was some confusion there so we were delayed. So there.]

Marcos further asked who initiated the covenant signing as she admitted she had no prior knowledge of the event.

[Whose initiative was it? Was it the police? Up to now I haven’t seen the formal invite, in truth… I was wondering because we only knew about it at the last minute. So there was really lack of sufficient notice. That’s my lame excuse. But it really only last night that I learned about it. Somebody texted me. I had no idea what it was all about.]

The event was a unity walk, interfaith prayer rally, and peace covenant signing for #Eleksyon2019, which was held at the Quezon City Memorial Circle, to mark the start of the election period.

It was attended by various government agencies ranging — including police forces and election groups– and church organizations.

Senatorial aspirants Christopher “Bong” Go and Francis Tolentino, who are running under the banner of PDP-Laban, only sent representatives.

A mascot in the image of Dela Rosa was also spotted at the event, but it was not clear if the former chief of the Philippine National Police sent a representative.