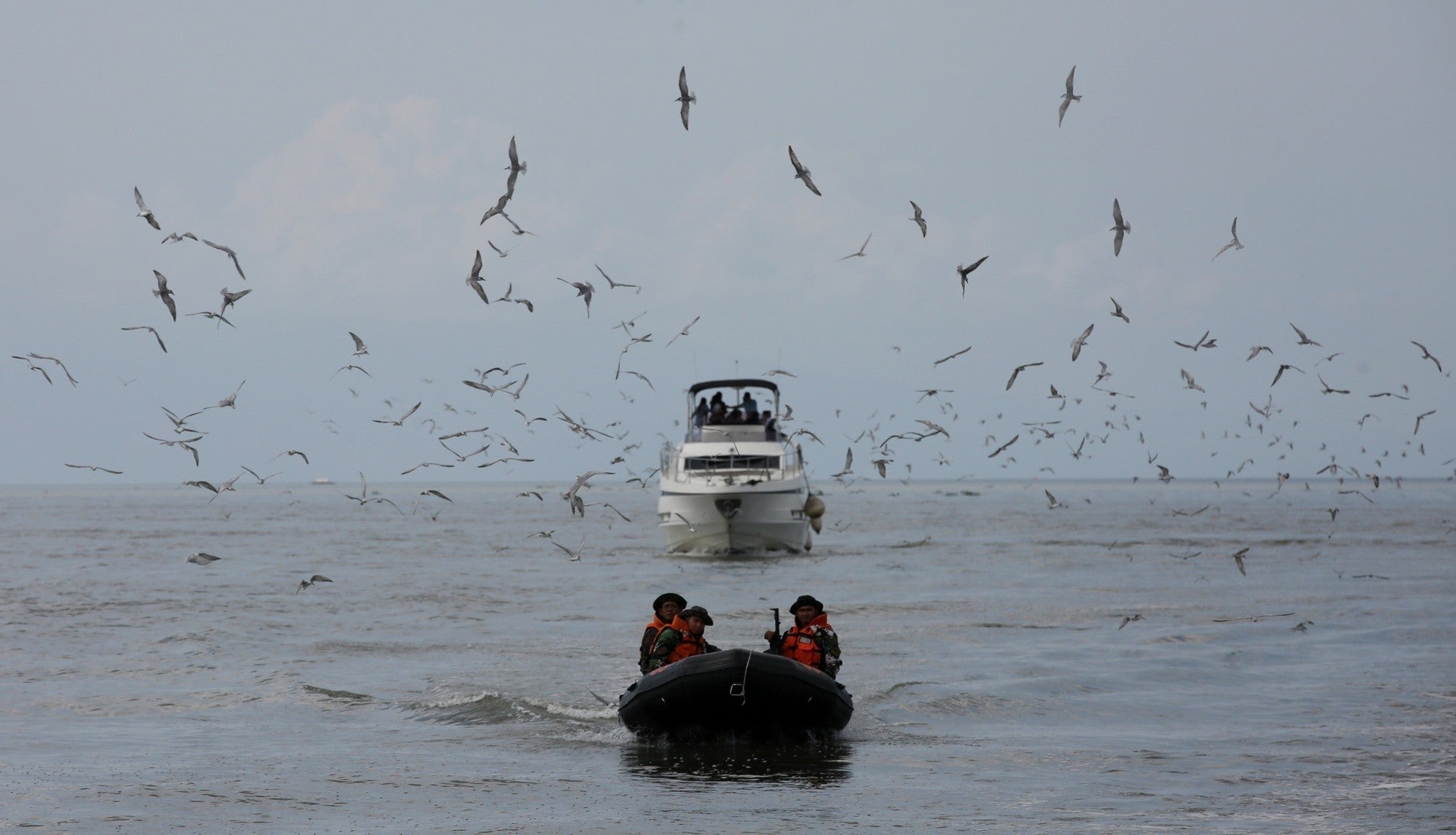 It may not end up like the turquoise waters of Boracay or El Nido, but the hyperpolluted Manila Bay would at least be swimmable after a major rehab by the end of the year, officials promised on Saturday.

An interagency task force will attempt to bring down coliform contamination of the bay to acceptable levels with a P47-billion “Manila Bay Action Plan,” said Environment Secretary Roy Cimatu.

In a statement on Saturday, Cimatu said the Department of Environment and Natural Resources (DENR) would try to reduce the bay’s fecal contamination to make it suitable for swimming and other public activities by December 2019.

The latest water test shows that fecal coliform level in Manila Bay is 330 million most probable number for every 100 milliliters.

The DENR target is less than 270 MPN. The acceptable level is 100MPN/100 ml for Class SB, or recreational water, which is for bathing, swimming, skin diving and fishing.

The strict implementation of Republic Act No. 9275, or the Philippine Clean Water Act of 2004, will be the “key to addressing water quality issues and other environmental problems in the historic bay,” according to the environment chief.

Cimatu earlier lamented that “little progress has been done” over the past 10 years since the Supreme Court mandated over a dozen agencies to clean up Manila Bay.

The court directed the DENR and the departments of the interior and local government, education, health, agriculture, public works and highways, and budget and management to improve the water quality of Manila Bay to Class SB level.

Cimatu said he would meet with representatives of these agencies, local governments and business operators along the bay on Tuesday to map out the three-phase action plan—cleanup and improvement of water quality; rehabilitation; protection and sustainment.

Phase 1 begins this year and will include the cleanup of esteros and waterways, plugging of toxic discharges from establishments and setting up of temporary sanitation facilities for informal settlers residing along the esteros and the shoreline.

At the same time, the DENR would also conduct solid waste management and plan for the relocation of the informal settlers.