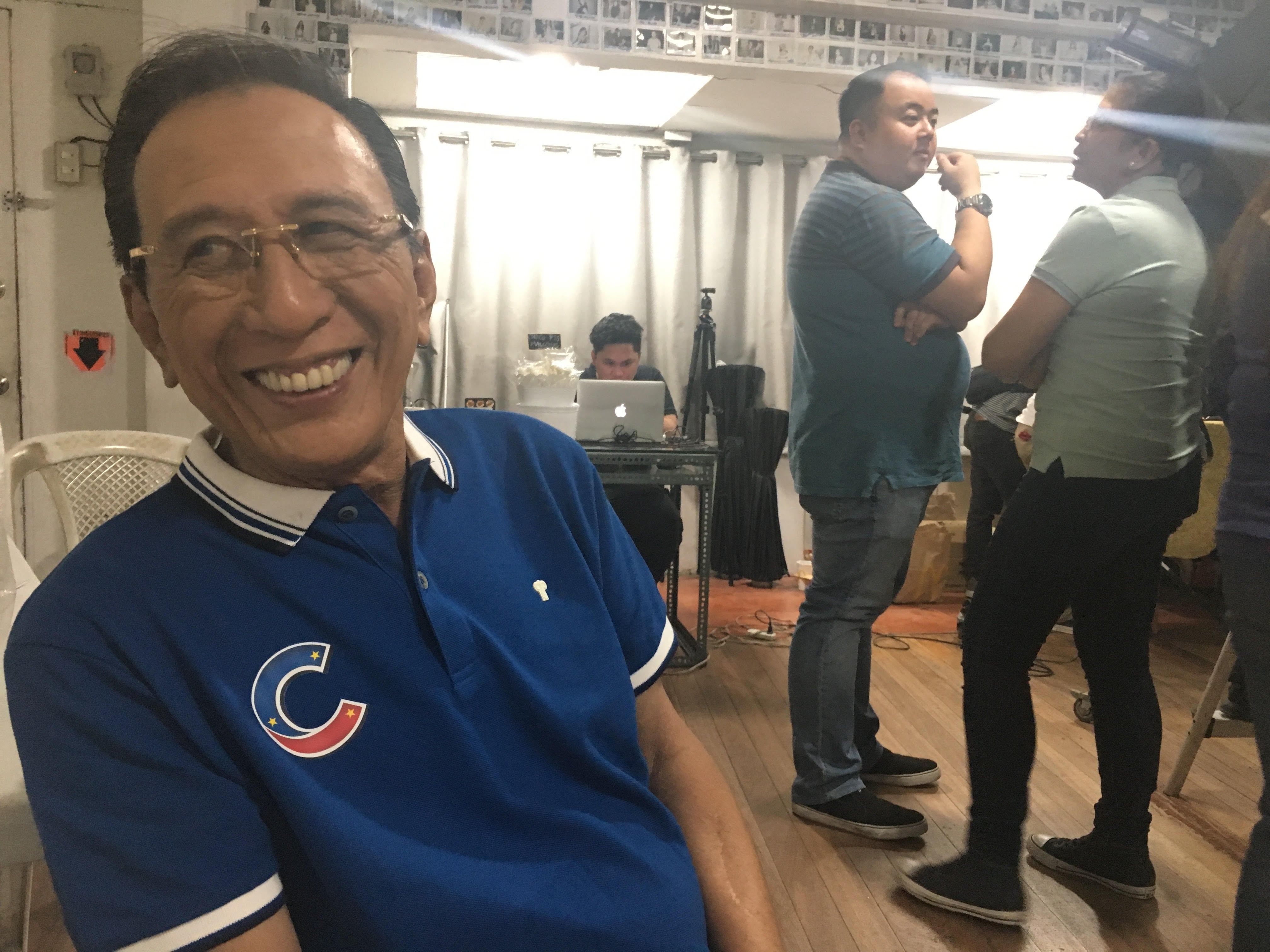 At 71, Vincent “Bingbong” Crisologo knows everything about winning and losing in life — especially in politics.

Except for a period of eight years, he said, practically all his life has been spent in politics.

“I was born into it, so to speak. My father was a congressman in Ilocos Sur and my mother was governor,” Crisologo said in an interview with the Inquirer.

The eight-year gap was the time he spent in prison after he was convicted of arson for burning houses in Ora Centro and Ora Este, the two barangays in Bantay, Ilocos Sur, that reportedly supported his cousin, Luis “Chavit” Singon, who defeated his mother in the 1969 gubernatorial race.

He served his sentence at New Bilibid Prison before he was pardoned by the late dictator Ferdinand Marcos in December 1980.

Crisologo said he could never forget the day he first set foot in prison, but the most memorable for him was stepping out in freedom.

“It was an answered prayer. I said then, I wish I would be released in 1981. If I am freed, I promised to serve the Lord. You know what? I was released five minutes before midnight of Dec. 31, 1980. So when I breathed the air of freedom outside Muntinlupa, it was already 1981. God fulfilled my wish,” he said.

He became a preacher in prison and after his release, he founded Loved Flock Catholic-Charismatic Community.

At 24, the scion of the powerful Crisologo clan tasted his first electoral defeat in 1971 when he ran for mayor of Vigan City. He also lost in the 1992 senatorial race and the 1995 congressional election in Quezon City.

Finally, he won in 1998—as a councilor of Quezon City.

The 2004 election was extra memorable for Crisologo because someone “in power” begged him to withdraw and even tried to pay him off. He declined.

The allies of that politician went after him but he was undeterred, and the enormous obstacles that were placed in his path only strengthened his determination to win the race, he said.

Not in his vocabulary

Now that he is running for mayor of Quezon City, he said this group had not dared to talk him out of the race “because they know what would be my answer.”

“Any attempt would be futile. The word ‘withdraw’ is not in my vocabulary. Not in this election,” he said.

Being an ex-convict was not an issue in previous elections but this is being turned into a major blot against him in the May polls, Crisologo said.

“That’s all they can say against me—that I am an ex-convict,” he said. “But this ex-convict came to know the Lord and learned how to face defeat, to lose friends, to suffer alone, to lose hope, to believe, to embrace faith and regain hope. Why would I be ashamed of that period in my life when I learned the true meaning of life?”

He could still run for congress, why run for mayor now?

It is because the people of Quezon City deserve to see a real competition, Crisologo said.

He is up against both Vice Mayor Joy Belmonte and Chuck Mathay, a former councilor and congressman.

Crisologo said the many days he had experienced tremendous loss—when his father was assassinated in 1970; when he lost in elections; the day he walked into prison—all contributed to his outlook and attitude especially regarding the May polls.

In a studio for a pictorial recently for his team’s campaign posters, he was in high spirits, cracking jokes, a picture of a man secure in his decision.

“Only death can stop me from my candidacy as mayor of Quezon City,” Crisologo said.

Whether he is victorious or vanquished at the polls, he believes he will still be a winner.

“If I lose, it means I can devote time to enjoy other things in life outside of politics. If I win, it means that I can have more opportunity to serve those who have less in life. Everything is in God’s hands,” he said.

In politics where winning is everything, Crisologo stands on a foundation of life’s experience that offers joy, even in losing.