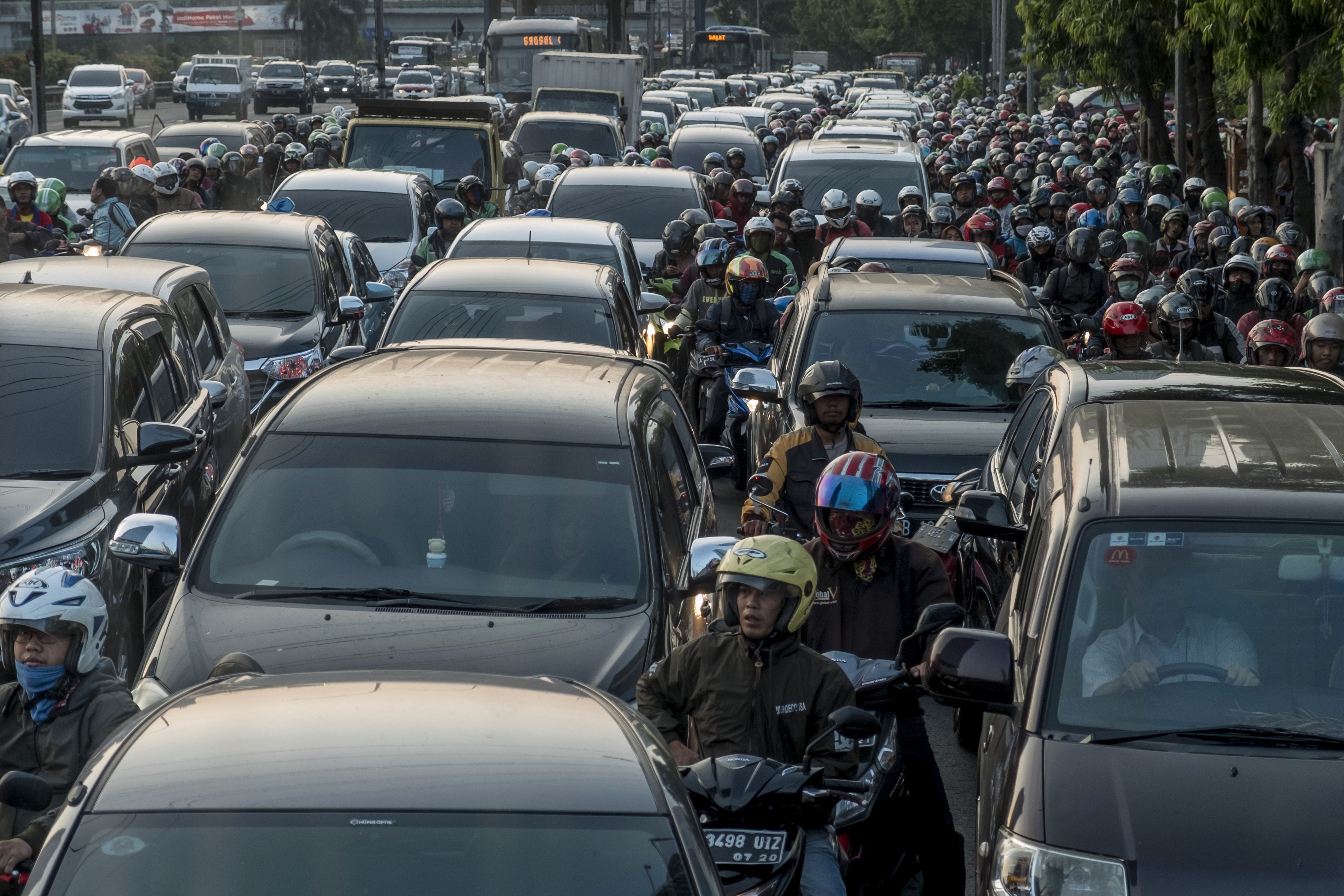 President Joko “Jokowi” Widodo is looking to get to grips with the appalling Jakarta traffic, saying that “we have to be brave” to stop the Rp 65 trillion (US$4.6 billion) annual losses caused by perennial traffic jams.

“We really need to push people to ride public transit modes that we have prepared so we can significantly reduce the amount of cars on the streets,” he said at the Presidential Palace on Tuesday.

The President said bad traffic jams and drivers being stuck in “total congestion” would get worse every day if the government did not iron out the problem. He quoted data from National Development Planning Agency (Bappenas) that said traffic congestion in Greater Jakarta costs Rp 65 trillion every year.

“But in the future, I expect we can manage all these modes better,” he said. He cited as an example the road management, with many different institutions handling different sections. “Sometimes they don’t manage them well, they are not integrated enough and what happens is that they wait for each other to move first when it comes to maintenance,” he went on.

Jokowi also wanted to see more development of public transit facilities and wanted them to be better integrated. “We can make things with this Rp 65 trillion, instead of letting it puff into smoke polluting the city.”

The Jakarta administration does not have an overarching plan for its many public transit modes. The managements of the MRT, LRT, Transjakarta and commuter trains each have their own plans that sometimes collide. One example is an LRT route on Jl. HR Rasuna Said in South Jakarta that took over existing Transjakarta bus lanes.

Jokowi also wanted to speed up transit-oriented development (TOD) management, which he said had been “stagnant’ for years also because of too many institutions handling it. “We have the Jakarta administration, the State-Owned Enterprises Ministry, other ministries and the West Java and Banten administrations,” he said.

The President said Indonesia needed to take into account spatial planning and urban transportation to speed up TOD, which will increase people’s access to public transit.