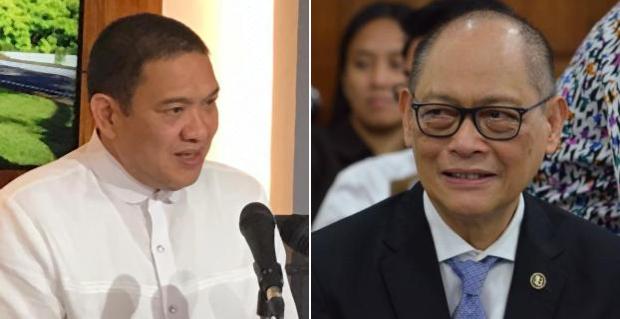 NAGA CITY — The testimony of a district engineer in Sorsogon province has appeared to have debunked allegations of “inserted” funds in the 2019 national budget.

Engr. Ignacio Odiaman from Sorsogon District 1 said they requested the P385-million flood-control project for Casiguran town as it was part of the National Expenditure Program (NEP).

House Majority Leader Rolando Andaya Jr. earlier said a huge slice of the budget allocated by the Department of Budget and Management (DBM) for Sorsogon flood-control projects in 2019 — a total of P385 million — would go to Casiguran town where an in-law of DBM Secretary Benjamin Diokno is seeking re-election as mayor.

But Odiaman’s testimony during a public hearing of the House rules panel here into the supposed “inserted” funds seemed to have deflated Andaya’s accusations against Diokno.

Sagip Rep. Rodante Marcoleta asked Odiaman if the engineering office asked for the flood-control project, to which Odiaman replied: “Yes sir. Nasa NEP ‘yun sir… Starting 2016 up to 2019,” even adding the project consists of a river control program and sea-wall construction.

Andaya has also been claiming that several contractors are being used as fronts for Aremar Construction Corp., which is owned by Maria Minez Hamor, the daughter of Edward.

READ: Andaya: Contractors are being used as fronts for Aremar | Diokno in-laws’ firm got P551-M projects

Andaya has also been accusing Diokno of orchestrating the “insertion” of some P75-billion infrastructure fund in the proposed 2019 national budget without the knowledge of President Rodrigo Duterte, the DPWH, as well those congressmen whose district would benefit from the programs.

But Diokno has denied manipulating the proposed 2019 national budget and said the P75 billion should not be called “insertions” as these were “adjustments” that were part of the budget process.