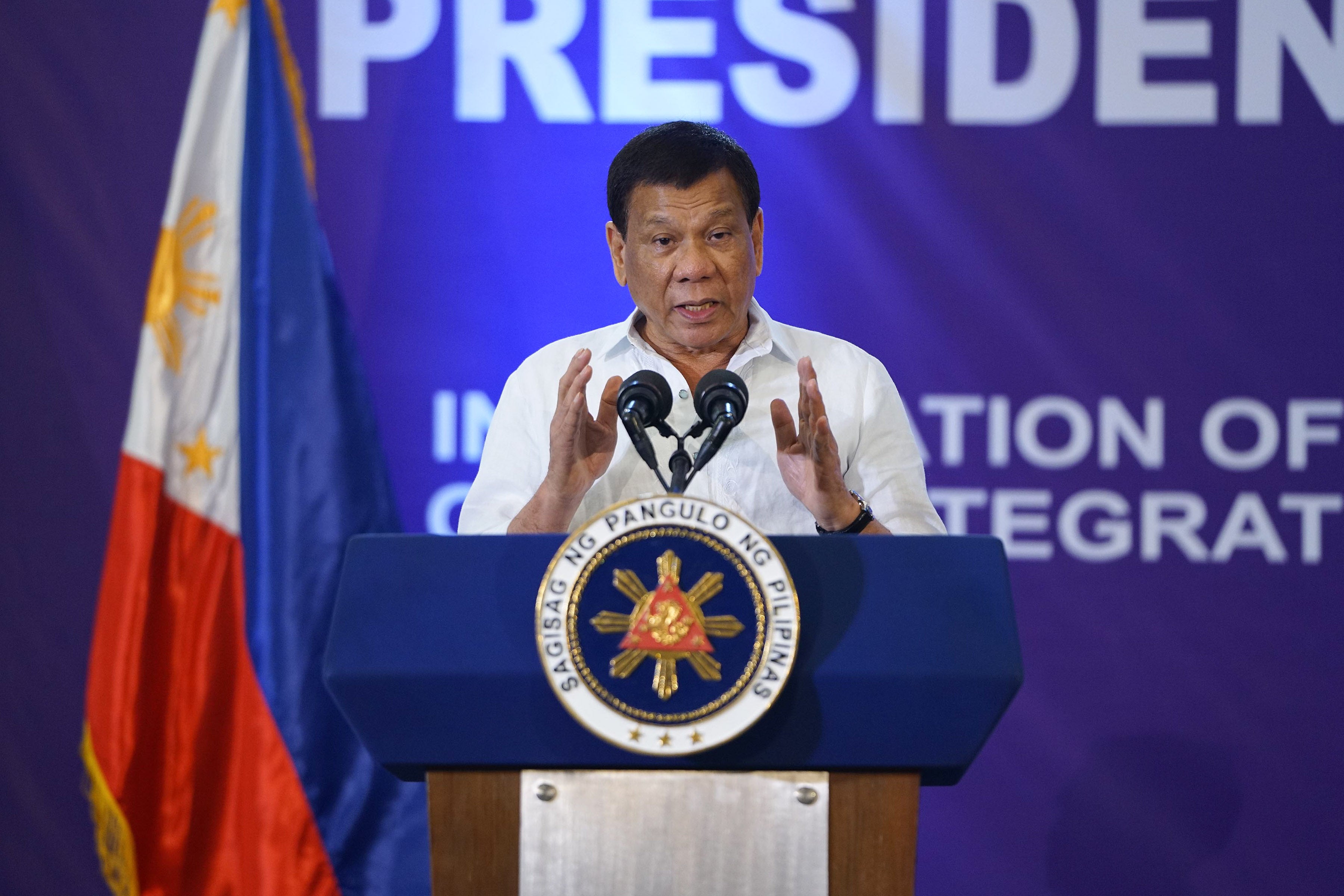 President Rodrigo Duterte on Monday said he supports the police in arresting former Bayan Muna Rep. Satur Ocampo and 17 others for kidnapping and human trafficking charges.

“I support the police and the military… you must be aware (that) you cannot remove children from one community to another without the consent of the parents,” Duterte told reporters in an interview in Malacañang.

“That is actually kidnapping,” he stressed.

Ocampo, together with ACT Teachers Party-list Rep. France Castro, and 16 others, were arrested at a checkpoint in Talaingod, Davao del Norte last November 28 for allegedly holding and transporting students of Salugpungan Learning Center, a school for Lumads, without the consent of their parents.

Duterte then lamented how the New People’s Army (NPA) uses the Lumads in their insurgency efforts against the government.

“You heard they were lectured upon by the Lumads and it’s all controlling the lives of the natives. ‘Yan ang mahirap sa komunista, ginagamit nila ang Lumad, kaya karamihan ngayon na namamatay Lumad,” he said.

“Seventy-five of the armed soldiers of the New People’s Army are Lumads, kawawa eh,” he added.

The President also accused Bayan Muna of being a “front” of the communist rebels.

“Satur Ocampo is fronting Bayan (Muna), Bayan is a front of the Communist Party of the Philippines bakit pa tayo magdrama,” he said.