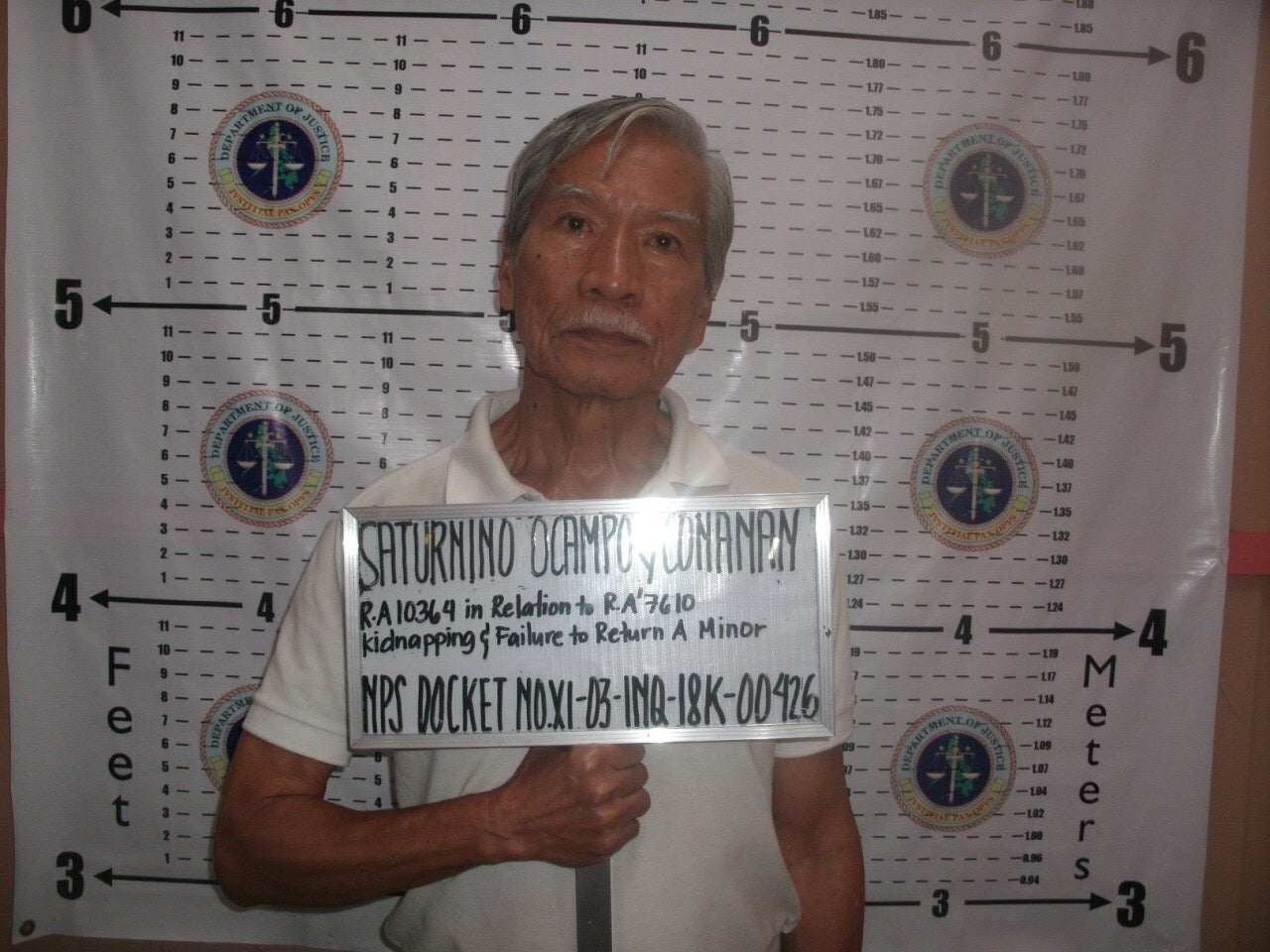 DAVAO CITY—A group that included a lawmaker, activist teachers, “lumad” volunteers and pastors that was arrested on Wednesday night on child abuse charges wants to post bail “at the soonest possible time,” their lawyer said on Friday.

Complaints of human trafficking in relation to the antichild abuse law, kidnapping and failure to return a minor were filed against former Bayan Muna Rep. Satur Ocampo, ACT Rep. France Castro and their companions.

Lawyer Joel Mahinay, of the Union of People’s Lawyers in Mindanao, said his clients would continue to challenge the legality of their arrest.

Chief Supt. Benigno Durana, Philippine National Police spokesperson, on Friday said the arrests were carried out after authorities received complaints from parents and tribal leaders that the group was allegedly “pulling out children almost every night without the permission of their parents.”

“The raw information I got is that [the children] were forcibly taken from their families and were being brought somewhere in Tagum,” Defense Secretary Delfin Lorenzana told reporters late Thursday night.

In a statement, Davao region police director Chief Supt. Marcelo Morales claimed that activist groups were “using the children … to rally against the government.”

Ocampo, Castro and the rest of their 18-member group were in the company of 14 children, all students of the lumad (indigenous) Salugpongan Community Learning Center in Barangay Palma Gil in Talaingod, when they were held at a military checkpoint at a hinterland village of Talaingod, Davao del Norte.

Another Salugpongan school was shuttered by the Department of Education (DepEd) early this year for allegedly teaching the children “false ideals, far from the mandates of the DepEd,” Morales said.

But Mahinay said the group was part of a 75-member solidarity mission that was responding to the distressed call of lumad teachers and children in Sitio Dulyan, Barangay Palma Gil, after the paramilitary group Alamara forcibly shut down their school on Wednesday.

The Davao del Norte police said the group was given humane treatment inside their detention cells.

Silvio said only the group’s lawyer was allowed to visit Ocampo and the others.

All the men in the group were detained at the Talaingod police jail, while five of the women were held at the Kapalong jail. Four others, including Castro, were in Tagum City jail.

Lumad activist groups, such as Save our Schools Network, earlier said the arrested group—composed of Salugpongan teachers, United Church of Christ in the Philippines pastors and ACT party-list members—was on a “fact-finding mission” to rescue lumad schoolchildren from harassment by the counterinsurgency group Alamara.

In a statement, Talaingod Mayor Basilio Libayao denied the continued existence of Alamara and the military’s harassment of Salugpongan.

“The claimed forcible eviction of the Salugpongan … is a black propaganda by [groups] who are against the presence of the military in the area … The [groups] cannot accept the denouncement and withdrawal of support of the lumad, hence, they are again trying to win back the sympathy of the masses,” Libayao said.

Save Our Schools Network lead convenor and Salinlahi secretary general Eule Rico Bonganay said the arrest was “illegal” and the charges “fabricated.”

“[President] Duterte has waged an all-out war against progressives and against the Filipino people … Their tactics of filing fabricated charges against human rights groups and defenders are not anymore new to us,” Bonganay said.

Jong Monzon, secretary general of the lumad group Pasaka, said the Salugpongan school was supposed to mark its 24th anniversary on Friday, but with the shutdown of its main schools in Nasilaban and sitio Dulyan, Barangay Palma Gil in Talaingod, no celebration could now be held.

Pasaka Confederation of Lumad Organizations chair Kerlan Fanagel said the attacks on Salugpongan schools and their defenders were “all part of the monstrous plans to displace lumad communities who are defending their ancestral land, especially the resource-rich Pantaron Range.”