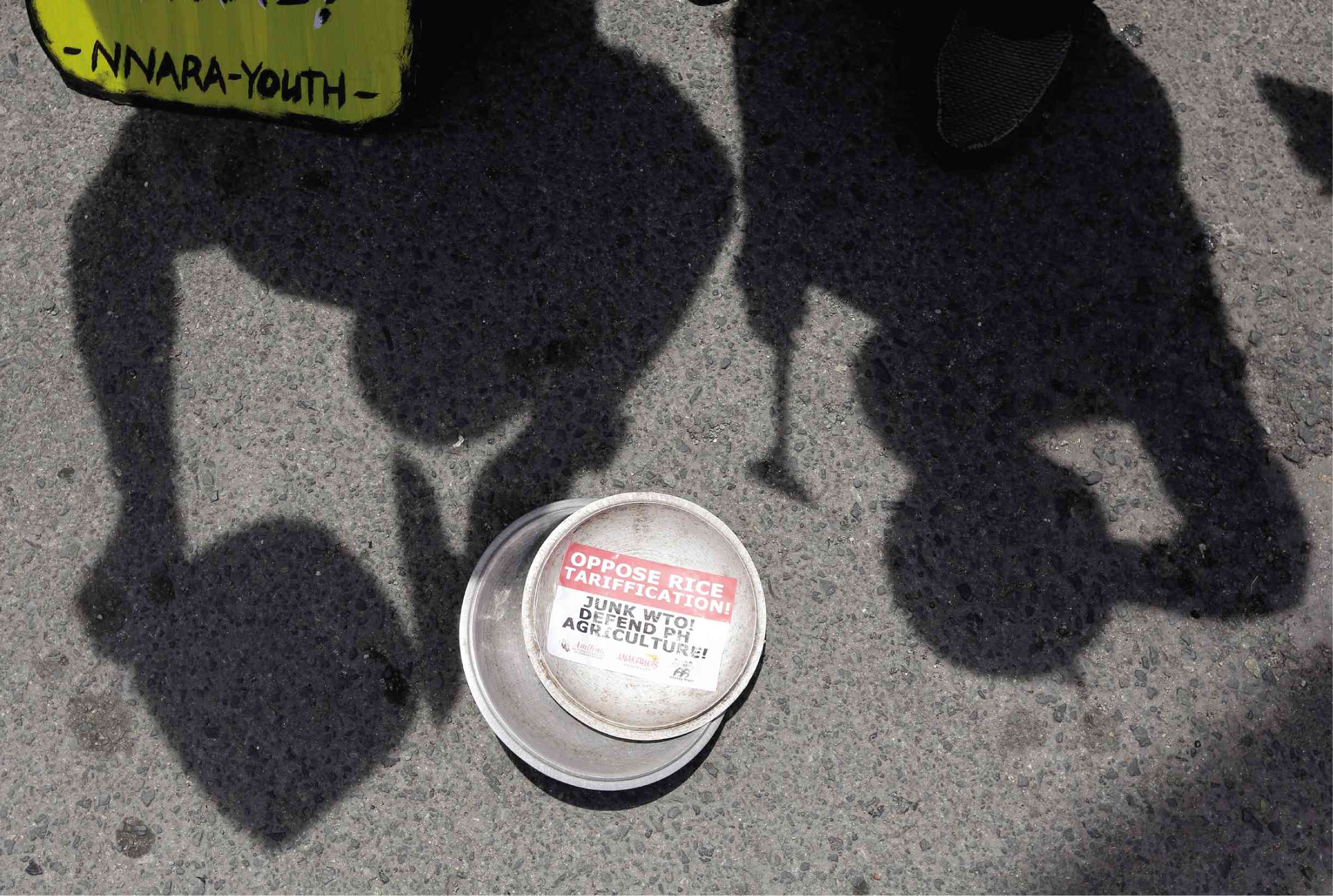 GUT ISSUEFarmers rally near Malacañang Palace in September to protest measures being taken to fight inflation, but which they said would hurt local farm production. —MARIANNE BERMUDEZ

Senators cautioned the country’s economic managers against hastily proceeding with the second round of fuel tax increases under the controversial Tax Reform for Acceleration and Inclusion (TRAIN) Act in 2019 amid a slowdown in global petroleum prices.

Sen. Juan Edgardo Angara said the economic team must first ensure that inflation was already under control by the time the impact of the tax increases was felt and that indigent families had already been given subsidies.

The Senate ways and means panel chair acknowledged that international prices of petroleum had been declining, resulting in seven consecutive weeks of price rollbacks with pump prices of gasoline and diesel falling by P9.85 per liter and P8.40 per liter.

“However, these oil price reductions have to be felt by Filipinos,” Angara said in a statement.

Angara said it was not yet clear if mitigating measures provided for by the TRAIN law had already been in place.

On Thursday, Finance Secretary Carlos Dominguez III told a press conference that the economic team had decided to proceed with the second tranche of fuel tax increases amid the global decline in petroleum costs.

Malacañang, however, said it would not act irresponsibly on the TRAIN taxes.

It said President Duterte was considering the “social costs” of proceeding with the new fuel tax rates.

But Mr. Duterte, a Palace statement said, was still undecided on the recommendation of his economic team to proceed with the fuel tax increase.

Read Next
Insurgency cited for Duterte absence at Bonifacio rite
EDITORS' PICK
COVID-19 has infected more than 69,000 people globally
COVID-19 screening checkpoints remain for those going to Boracay
Can travel make you fall in love?
The Najima Drive: Nissan’s MD drives #GoAnywhere adventures in new video series
Can Your Brand of Meat Be Trusted? Here’s How to Know You’re Eating Safe Meat
Xi’s early involvement in virus outbreak raises questions
MOST READ
WATCH: Sarah Geronimo dances ‘fierce’ version of ‘Tala’
2,000 iPhones given for free by Japanese gov’t to passengers stuck on ship due to coronavirus
Xi’s early involvement in virus outbreak raises questions
NBA loses ‘hundreds of millions’ in China over Hong Kong tweet
Don't miss out on the latest news and information.