Panelo: Honasan’s fate up to Commission on Appointments 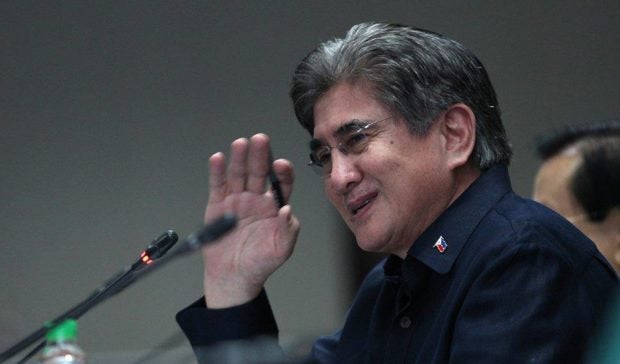 The Commission on Appointments (CA) will have to decide whether or not Senator Gringo Honasan is fit to become the new secretary of the Department of Information and Communications Technology (DICT), Malacañang said Thursday.

“It is not for us to decide on that, it is the Commission on Appointments (CA),” Panelo told reporters in a Palace briefing.

“There will be vetting there. There will be a hearing and he will have to respond to questions on his competence,” he added.

Honasan, who is in his last term as senator, must prove before the CA that he has fulfilled all the qualifications for DICT secretary as mandated by Republic Act No 10844, the law which created the department.

Under Section 11 of the law, no person may be appointed DICT secretary unless they have “at least 7 years of competence and expertise in any of the following: information and communications technology, information technology service management, information security management, cybersecurity, data privacy. e-Commerce, or human capital development in the ICT sector.”

The Commission is chaired by Senate President Vicente Sotto III, Honasan’s long-time friend, who earlier claimed that his colleague’s appointment in the DICT will be an asset particularly in the national security concerns.

Honasan will replace DICT officer-in-charge Eliseo Rio, who served as the head of the National Telecommunications Commission during the time of then-President and now-House Speaker Gloria Macapagal Arroyo. /cbb