After nine years of waiting, the families of 58 victims of the Nov. 23, 2009 “Maguindanao massacre” said they are “confident” that the court’ decision on the case will be in their favor.

In a joint statement, relatives of the the massacre victims said that they are confident that the evidence presented will be enough to prove the guilt of Datu Andal ‘Unsay’ Ampatuan, Jr., who they say is responsible for the massacre. 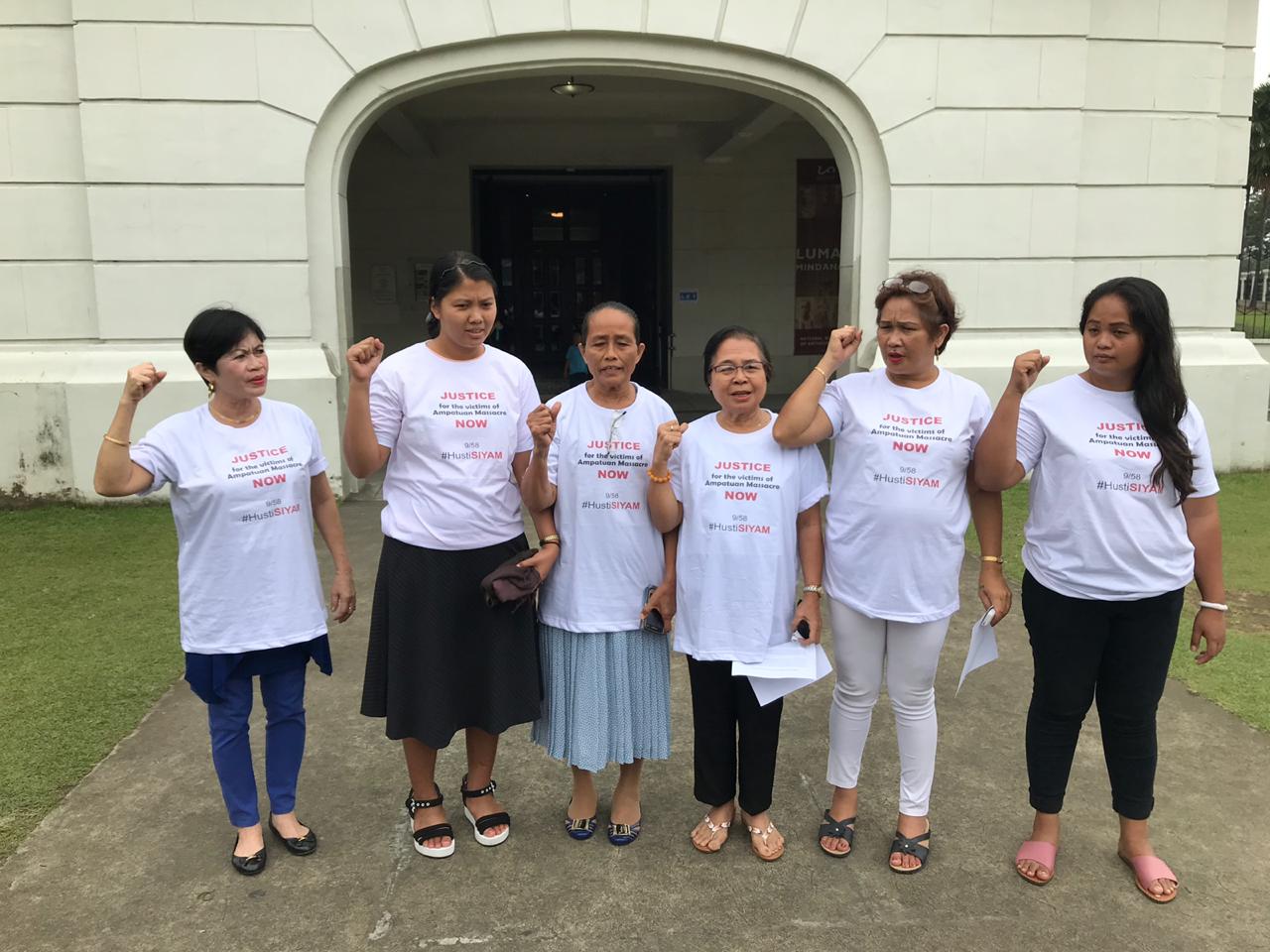 Relatives of victims of the “Maguindanao massacre” express confidence that the court will rule in their favor. (Photo by Ryan Leagogo / INQUIRER.net)

“We have full confidence that the evidence presented is enough to prove Datu Unsay’s guilt beyond reasonable doubt, and we await the verdict with cautious hope,” the statement added.

This statement was in reaction to news reports that the verdict against Ampatuan will be handed down soon.

“We meet this news with renewed vigor and relief, for we have waited too long and have given so much to the case over the years,” the wives said in a statement.

The massacre — recorded the most journalists killed in a single incident — will mark its ninth anniversary this Friday.

Ampatuan Jr. submitted his formal offer of evidence last Nov. 5 to wrap up the trial that started in January 2010.

There are a total of 197 accused in the massacre.

Among the accused, 103 are currently undergoing trial for multiple murders, including prime suspect Andal Ampatuan Jr.

Datu Sajid Islam was allowed by the court to post bail in January 2015.

The relatives of the victims said the court’s decision will go down in history as “one of the most significant legal decisions to ever come from our trial courts regardless of the outcome.” /muf