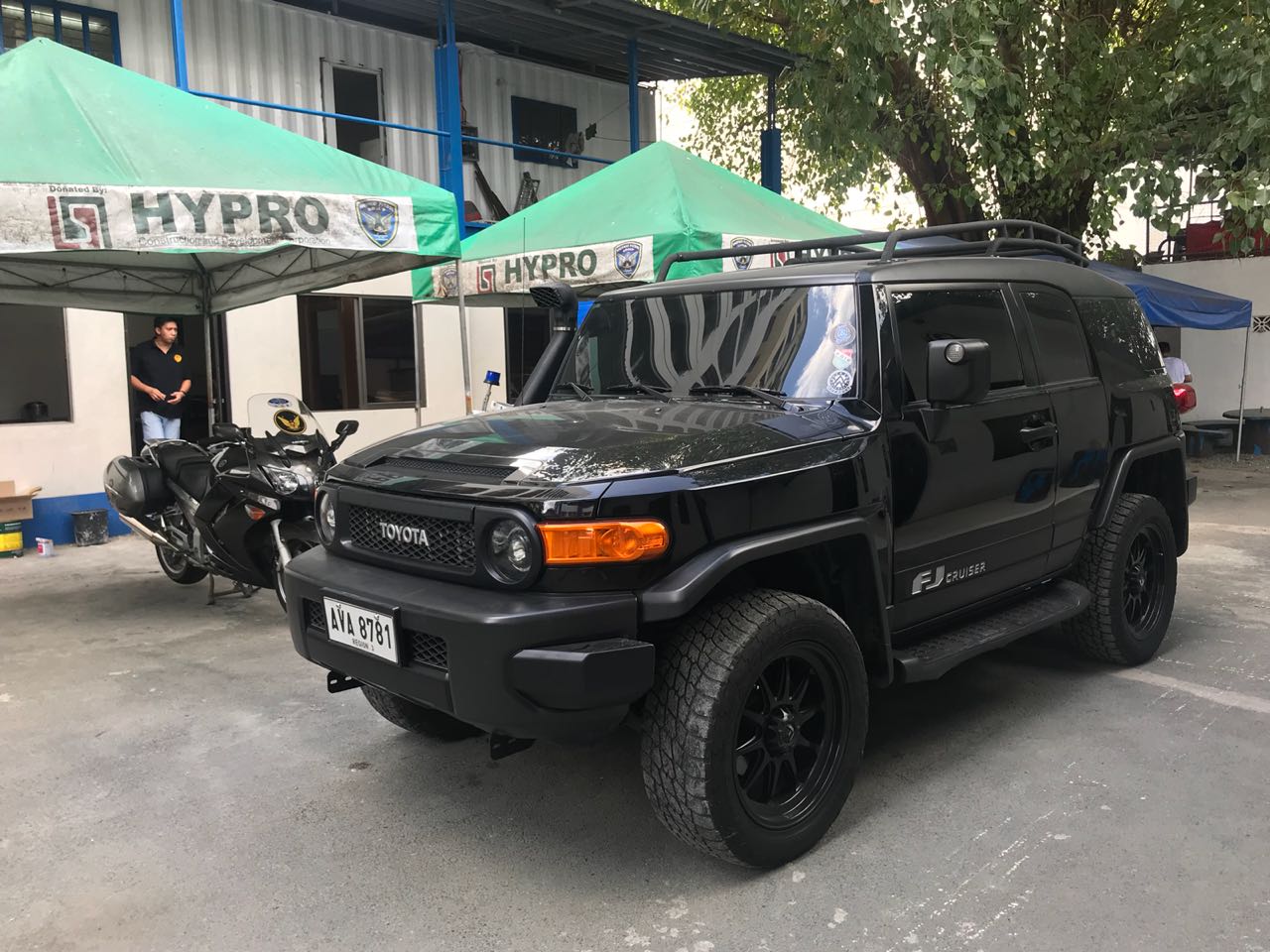 The Philippine National Police-Highway Patrol Group recovered on Friday the vehicle owned by singer Jojo Valerio that figured in a road rage incident in Pampanga. The incident was captured on video that later went viral in social media.

Valerio’s girlfriend was on board the vehicle when it was confiscated, Fajardo said.

The license plate on the vehicle, however, has already been changed from the “8” protocol plate reserved for members of the House of Representatives to AVA 8781.

The color of the vehicle was also changed to all black — from the previous combination of black and white — which Fajardo said is a violation of the law if done without permission from the PNP-HPG and the Land Transportation Office (LTO). 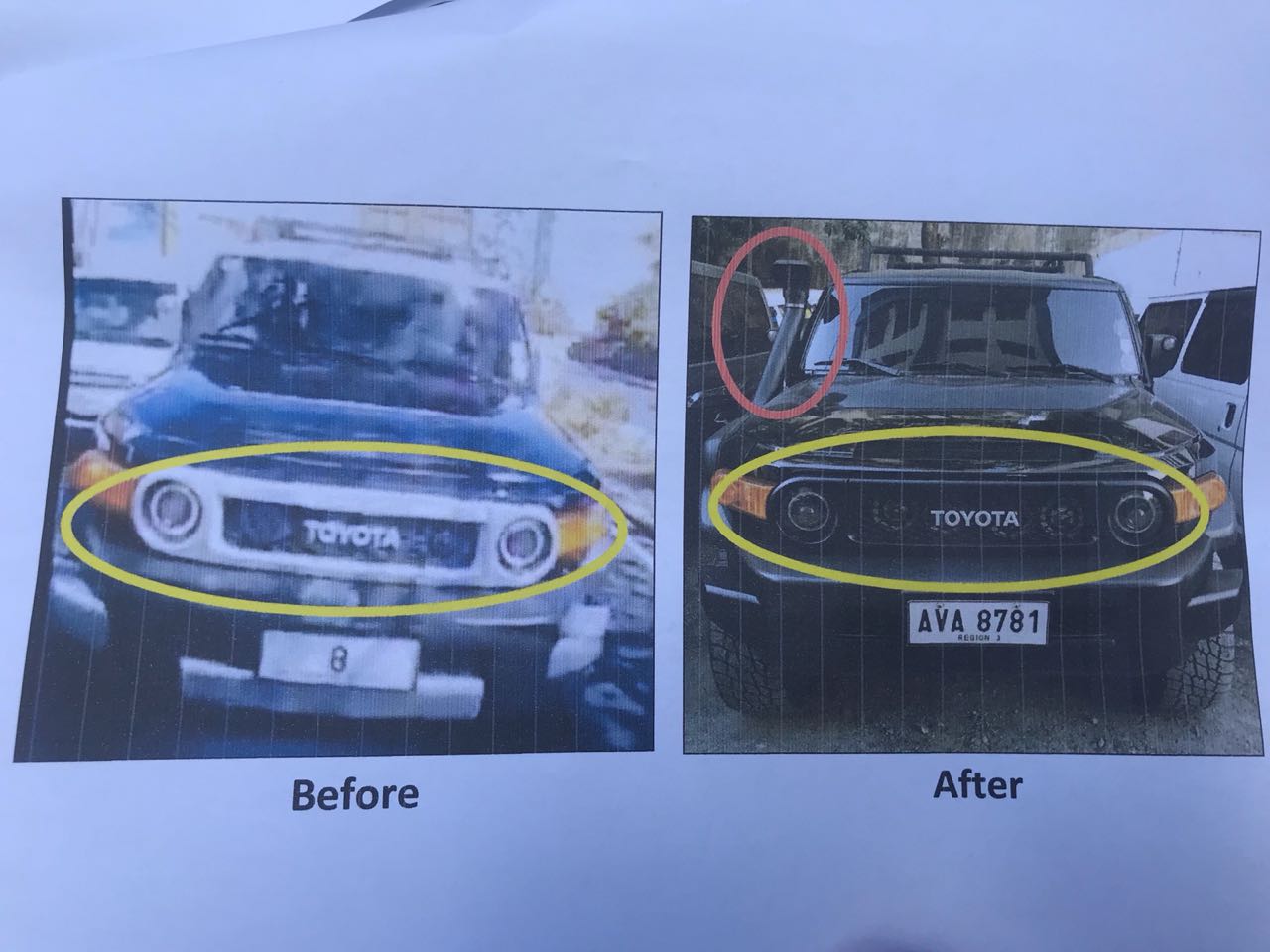 Photo shows the “before and after” images of Jojo Valerio’s Toyota FJ Cruiser after it figured in a road rage incident in Pampanga. (Photo from Philippine Nationa Police – Highway Patrol Group)

According to Fajardo, the FJ Cruiser went through a makeover immediately a day after the video went viral in social media.

“Pinalitan niya dahil gusto niyang itago ‘yung identity ng sasakyan at i-cover up ‘yung investigation (He changed it to hide the identity of the vehicle and cover up the investigation),” he said.

Fajardo refused to disclose how the vehicle was tracked down, saying it would expose the HPG’s strategy in tracking down vehicles used by criminals.

Fajardo said Valerio can still get his vehicle back, but he first needs to settle penalties for changing the vehicle’s color without permission. Valerio, said Fajardo, also needs permission from the court before recovering his FJ Cruiser. /muf