‘I was spat at… so I punched him,’ says road rage suspect Valerio 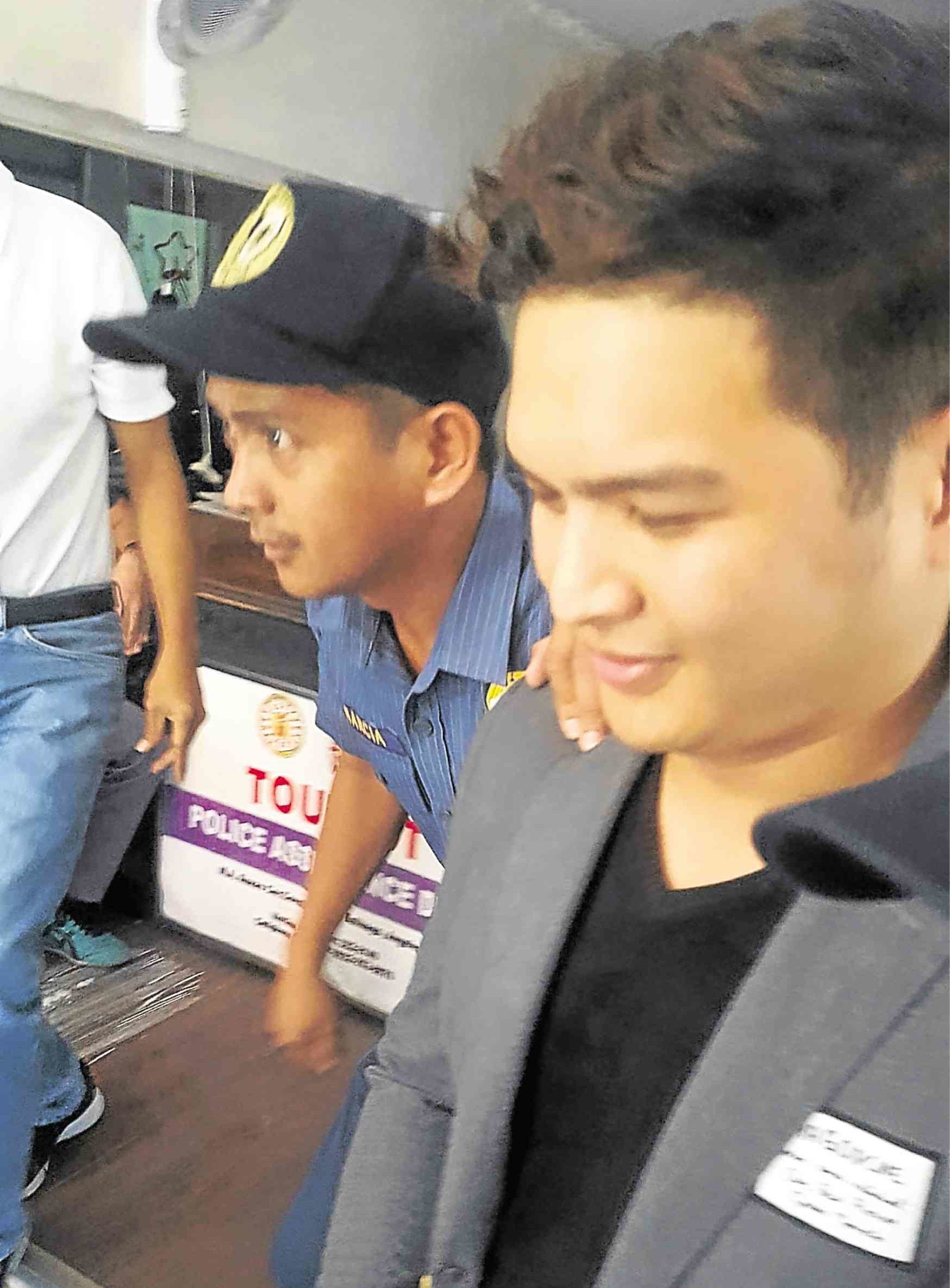 Road rage suspect Jojo Serafico Valerio on Thursday night said he punched the driver of the car that nearly hit his sport utility vehicle (SUV) because the latter spat at him.

Valerio, who was driving the SUV bearing the No. 8 license plate reserved for lawmakers and who was caught by security camera punching another driver who turned out to be a nurse, went on air to tell his version of the incident.

He was arrested on Thursday morning and released later after posting bail. Reports said six of the seven charges filed against him were dropped by the prosecutor.

In the interview by Jobert Sucaldito on DZMM’s Showbuzz, Valerio expressed disappointment that the public only saw the short video in which he was seen punching Palma.

“I was prejudged…,” he deplored and went on to say that the short clip did not tell the whole story.

According to Valerio, that night, after his gig at a casino in Clark, Pampanga, he, his family (wife, four-month-old child,  12-year-old son and two-year-old child) and his three singers decided to look for a place to dine before driving back to Manila.

“When we turned left on a ‘street,’ I saw a car coming …so the tendency was to step on the gas. So I sped on but only to slam the brakes to avoid hitting the car,” he said in Filipino.

Because of the heavy braking, his passengers, including his four-month-old child, were thrown forward.

Valerio said the mother who was holding the kid lost her grip on the child “because of the impact.”

With horns honking, Valerio said he cut Palma off after a two-kilometer chase along MacArthur Highway to force the latter to pull over so he could confront him and say: “Ano problema? (What’s the problem?)”

After a minute, he said: “I got off alone, contradictory to claims I had companions and a bodyguard [during the confrontation].”

(After having a discussion like cursing at each other, he spat at me.)

(…to curse him…because I was in a fit of anger. My child was thrown off the seat…the lives of my passengers were endangered…and I saw him  drunk. They said it was me who was drunk.)

According to Valerio, Palma can’t deny that he was drunk because his voice was “baliko” or distorted.

(His companion was asleep in the car because he too was drunk.)

When asked about his No.8 license plate, Valerio explained:

(If would name-drop, I would use my family name because I can…)

READ: Incidents that put No. ‘8’ car plates in bad light

Various reports described Valerio as a son of a retired police official and lawyer in Quezon City and a nephew of a congressman in Metro Manila. The suspect did not give any details about his background. With a report from Tonette Orejas, Inquirer Central Luzon/ac

Immediate recall of No. 8 plates ordered

MMDA favors proposed ban on solons’ use of ‘8’ license plate