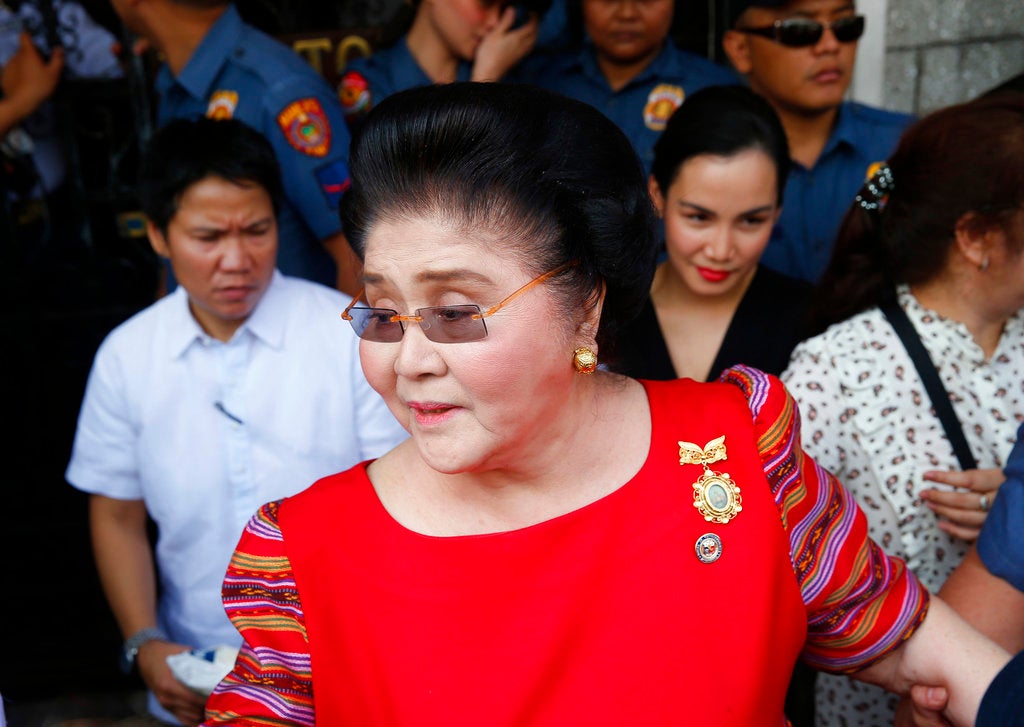 Senator Francis Escudero on Monday said former First Lady and Ilocos Norte Rep. Imelda Marcos is disqualified from getting a presidential pardon since the Sandiganbayan’s decision that found her guilty of seven counts of graft is not yet final and executory.

Escudero also said that appealing the conviction would also disqualify Marcos from pardon.

Concerns over the possibility of President Rodrigo Duterte granting pardon to the former First Lady has surfaced, although Presidential Spokesperson Salvador Panelo said such talks are both “speculative” and “premature.”

Escudero said one of the grounds for pardon is for the accused to have no pending case or appeal for her conviction. He said the conviction should be final before she can be considered for a pardon.

“So ngayon, ni walang pardon na pag-uusapan dahil nilalaban pa sa husgado ng dating Unang Ginang ang kanyang kaso (So as of now, no pardon can be discussed since the former First Lady is still appealing the case),” he said.

But he said the Sandiganbayan’s decision does not affect Marcos’ candidacy in the 2019 polls for Ilocos Norte Governor, a post currently held by her daughter Imee.

The Commission on Elections earlier said the same, noting that Marcos can still run in the upcoming elections since the order of the Sandiganbayan is not yet final and executory.

Marcos was sentenced to imprisonment for six years and one month up to 11 years for each of the seven counts of violation of the Anti-Graft and Corrupt Practices Act.

The decision stemmed from the transfer of around $200 million to Swiss foundations when she was still a member of the defunct Batasang Pambansa and was Metro Manila Governor and Minister of Human Settlements. /ee