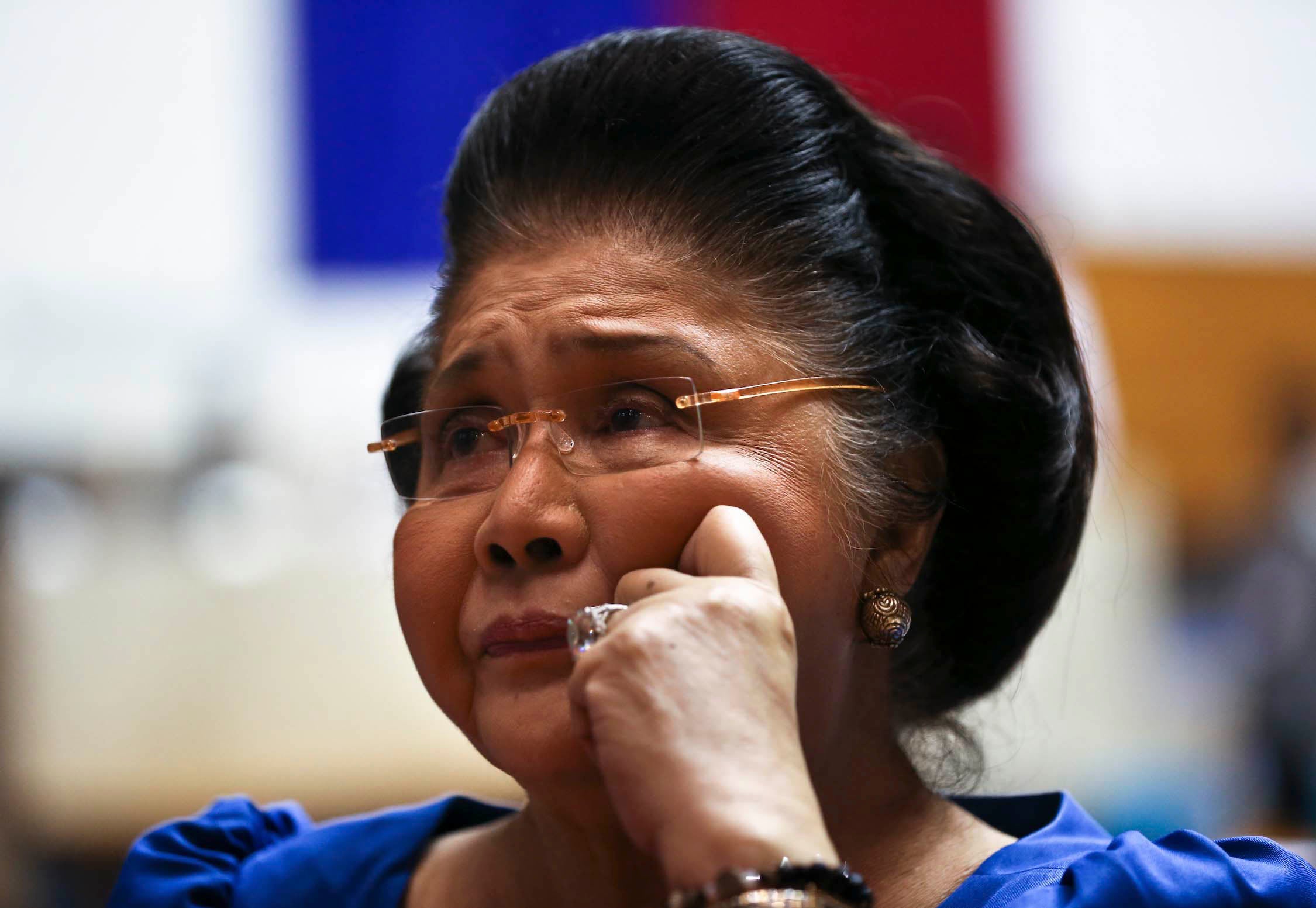 Former First Lady and now Ilocos Norte 2nd District Rep. Imelda Marcos on Friday said her camp “intends to file a motion for reconsideration” on the Sandiganbayan’s guilty verdict against her on seven counts of graft.

“We have just received a copy of the Decision of the Sandiganbayan’s 5th Division which was promulgated on November 9, 2018,” Marcos said in a statement.

She said her lawyer Robert Sison has been indisposed and is presently confined at the Asian Hospital so Atty. Lolong Lazaro would act as her counsel in the interim.

“He is presently studying the decision and has advised us that he intends to file a Motion for Reconsideration,” said the widow of late dictator Ferdinand E. Marcos.

Earlier in the day, the anti-graft court’s Fifth Division found the 89-year-old Marcos guilty of violating R.A. 3019 or the Anti-Graft and Corrupt Practices Act when she transferred around $200 million to seven Swiss foundations during her term as Metro Manila Governor, Batasang Pambansa Member, and Minister of Human Settlement from 1975 to 1986.

She is sentenced to imprisonment of six years and one month up to 11 years for each count of graft and ordered arrested, but she can still post bail as graft is a bailable charge. /kga

Opposition solons on guilty verdict vs Imelda: ‘Remain on the lookout’

ADVERTISEMENT
Read Next
3 farmers found dead in Agusan del Norte
EDITORS' PICK
Diokno to Duterte: OK to make fun of buck tooth, but focus on people’s needs first
Nograles: Cabinet members to donate 75% of monthly salary to aid COVID-19 fight
Robredo spox thanks Duterte for defending VP’s efforts vs COVID-19
Quick chat with Nicole Andersson: ‘You really don’t need much to be happy’
10 Filipinos positive for COVID-19 in UK, 7 in Ireland — envoy
IATF to LGUs: Issue ordinances vs attacks on frontliners, COVID-19 patients
MOST READ
Sotto on Isko Moreno’s call: We do our job without the media following our every move
ADB warns PH against prolonged lockdown
Cook more and eat less: Tips on your quarantine diet
Duterte fires PACC’s Luna for urging NBI to probe Robredo
Don't miss out on the latest news and information.

6 PH hospitals to receive FDA-approved test kits from UP