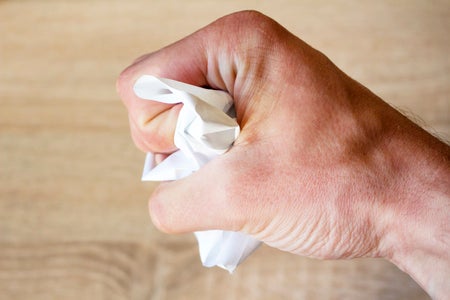 The police in Chesterfield County, Virginia, United States is currently on the hunt for a man who vandalized a church and tore up Bibles, all while wearing an “I heart Jesus” cap.

The Chesterfield County police shared the surveillance photos of the unidentified suspect on its official Facebook page on Thursday, Nov. 8. The vandal, who was described as a white male and about six feet tall with average build, was believed to be in his late 20s and 30s.

Shortly after 11 p.m. on Nov. 6, an unknown suspect entered Ironbridge Church at 10900 Iron Bridge Road. Once inside,…

To help identify the suspect, the police said the vandal has dark hair and was sporting a full beard. He wore a black jacket, light-colored jeans, dark-colored shoes and a black cap with the words “I [heart] Jesus” emblazoned in front, at the time of the incident.

The suspect entered Ironbridge Church a little after 11 p.m. on Tuesday, Nov. 6. Instead of praying, however, the vandal ripped up Bibles, broke an interior window and spray-painted walls.

Because the police claimed the incident does not appear to be random, what with the suspect appearing to know his way around the church, some netizens commented he might have done the crime to spite a church member.

“The world Donald [Trump] has created,” said one commenter, Jack C Ruzak, connecting the incident to the current U.S. administration.

Trump’s supporters, however, were quick to denounce the comment, stating that the incident has nothing to do with politics.

While some were pointing fingers at atheists for the crime, some netizens stressed that non-believers should not be automatically suspected.

The Chesterfield County police is yet to identify the suspect, as of this writing. JB

Read Next
Robredo to succeed Duterte in shift to federal gov’t – House panel chair
EDITORS' PICK
Smart 5G goes live
Water remains our saving grace right now
PNP: Checkpoints back in MECQ areas
Been there, done that but what’s the difference between MECQ and GCQ?
BREAKING: 3,226 latest COVID-19 cases bring PH’s total to 106,330
A gem of a residence in the new normal
MOST READ
MECQ guidelines in infographics
Doctors group to Duterte: ‘There was never a call for a revolt’
MECQ in NCR, other areas: Mass transportation suspended, quarantine pass required anew
Duterte heeds frontliners’ plea, reimposes MECQ in Metro Manila, other areas Aug. 4 -18
Don't miss out on the latest news and information.