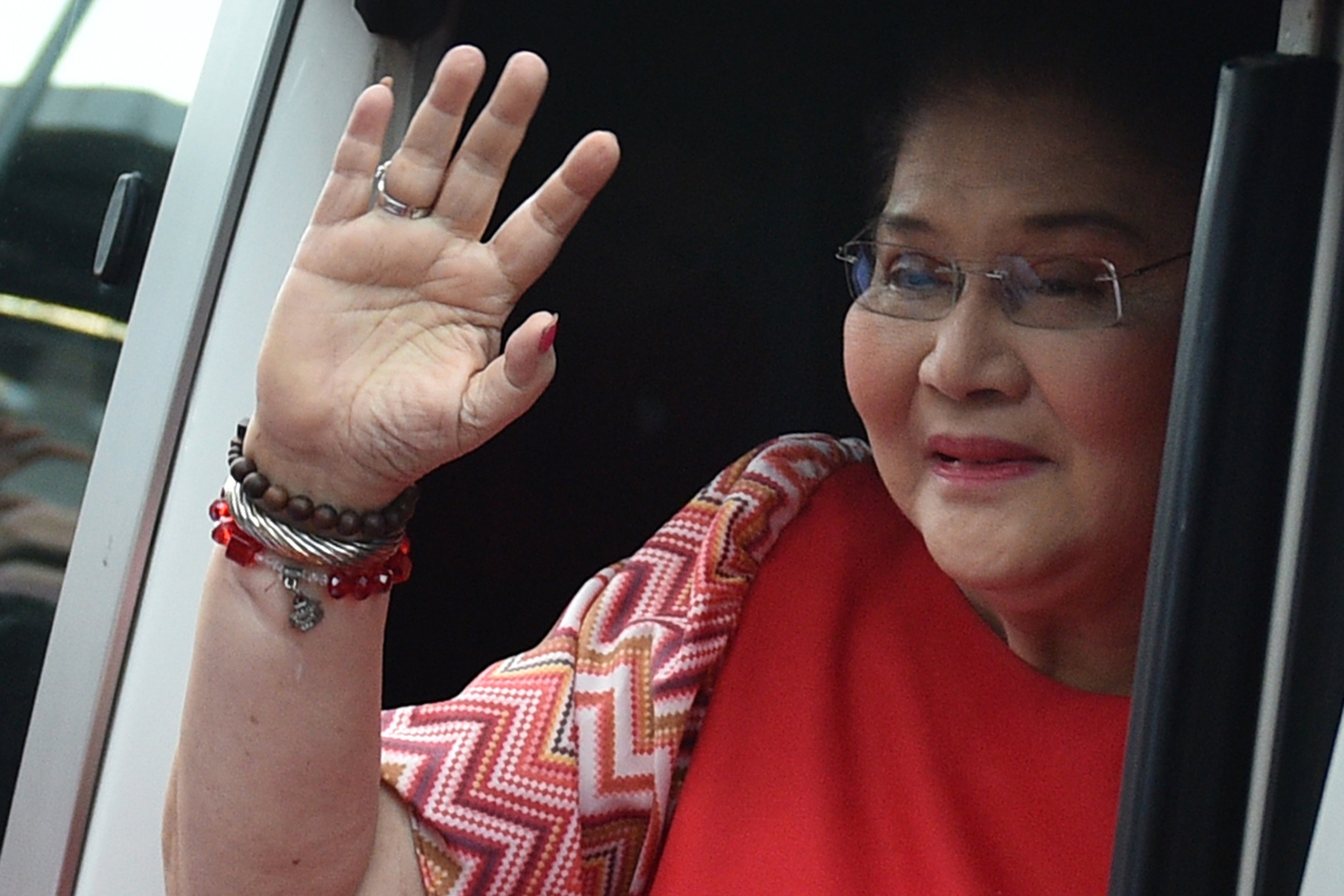 Although the Philippine National Police has vowed to “gladly abide” with the court order to arrest newly convicted Ilocos Norte Rep. Imelda Marcos, netizens seem to agree that languishing behind bars was the farthest thing on the mind of the former first lady.

The 89-year-old widow of  dictator Ferdinand Marcos on Friday was found guilty of graft on seven counts for transferring more than $200 million to seven Swiss foundations during her term as Metro Manila governor in 1975. She was sentenced to a maximum of 11 years in prison for each count.

“She will be treated as a normal detainee,” PNP Director General Oscar Albayalde said. “We don’t give special attention [to any detainee]. But of course, she will have a separate [custodial facility] since she is female and elderly.”

But netizens are not convinced, and had a field day suggesting various schemes by which Mrs. Marcos might avoid jail time.

Boy Guevara chimed in: “She’ll just post bail, then be free as a bird again.”

Sri Vijaya said Mrs. Marcos might cite her age and frail health the way former Sen. Juan Ponce Enrile did to leave detention in connection with his plunder case arising from the pork barrel scam.

No excuse for elderly

But the netizen pointed out that “there are no specific laws that excuse the elderly for crimes against humanity, immeasurable plunder, torture, and murder with extreme prejudice. They should throw Enrile in jail with her.”

Another netizen evoked police antidrug operations in his imagined scenario: “She will fight back (manlalaban). Be ready with four sachets of ‘shabu’ (crystal meth) and a .38-caliber revolver.”

Ivy of UP asked Facebook friends to choose among the following scenarios:

A. Supreme Court justices to the rescue

B. (Marcos) will be pardoned by (President Duterte) because of her old age

C. Someone has already called St. Luke’s Hospital and asked that the fanciest suite be reserved

D. (Solicitor General Jose) Calida will call the Sandiganbayan, ask for the original copy of the decision and make the document disappear

E. (Marcos) will order the most expensive wheelchair from Bambang, and get the airport ready (for her departure)

F. Madame will cry on national TV while singing “Dahil Sa ’Yo,” and Filipinos will take pity

G. None of the above. —WITH REPORTS FROM JAYMEE T. GAMIL AND CATHERINE MAE GONZALES