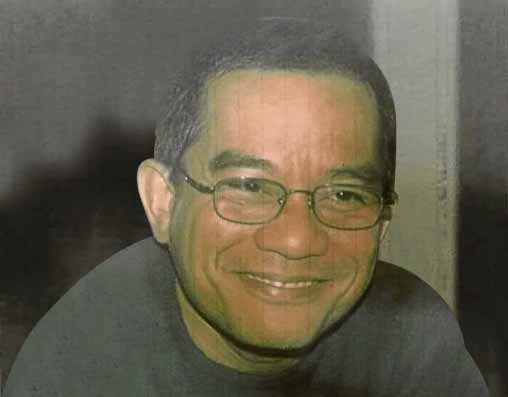 The killing of human rights lawyer Benjamin Ramos has appalled farmers whom the military has tagged as members or sympathizers of the Communist Party of the Philippines (CPP), according to a group promoting sustainable agriculture.

Ramos, 56, was gunned down on Tuesday night by two men on a motorcycle in Kabankalan City, Negros Occidental province, less than a month after he helped families of nine farmers who were shot dead by unknown attackers in the province.

Months before the killing of Ramos, his name and photo appeared with those of others on leaflets that identified “CNN personalities.”

CNN is an acronym used by the military in referring to members of the CPP-New People’s Army-National Democratic Front of the Philippines.

Aside from being a founding member of the National Union of Peoples’ Lawyers (NUPL), Ramos had served as a member of the board of directors of Magsasaka at Siyentipiko para sa Pag-unlad sa Agrikultura (Masipag) from 1998 to 2016.

Masipag assailed what it called the “Red-baiting” of farmers and development workers.

“We wanted to hold dialogues but (the problem is) no one’s claiming (as to who made or distributed the leaflets),” Masipag national coordinator Cristino Panerio said in a phone interview on Thursday.

While these “repressive tactics” created “fear” among its staff workers, Masipag will remain steadfast in promoting organic farming and rural development, Panerio said.

In the Senate, the opposition will look into the killing of Ramos when it conducts an inquiry into the massacre of Sagay farmers, whose families he had represented.

Sen. Francis Pangilinan condemned the killing of Ramos, lamenting that the protectors of the downtrodden were themselves becoming victims of lawlessness.

Ramos’ death could be linked to the case of the slain sugarcane farmers, he said.

A special investigation task group has been created to investigate the fatal shooting of Ramos.

Supt. Jonel Guadalupe, chief of the Kabankalan City police, said the group wanted to mobilize all police units in Western Visayas to ensure it could identify and arrest the perpetrators.

“We will use our resources and manpower to solve this particular case,” he told the Inquirer.

Guadalupe said Ramos’ wife, Clarissa, told the police that her husband had received death threats before the murder.

Ramos also had been tailed by men on a motorcycle a week before his assassination, according to Karapatan-Negros secretary general Clarizza Singson-Dagatan.

Dagatan said her group believed that Ramos’ death was related to the cases he was handling.

Members of the Integrated Bar of the Philippines-Negros Occidental Chapter, along with with Karapatan-Negros and Bayan-Negros, strongly condemned the killing.

“This atrocity against a civilian lawyer, practically defenseless and unsuspecting, is apparently intended to demoralize and undermine lawyers in practicing their profession and in pursuing their advocacies,” said the lawyers’ group led by its president, Arnel Lapore.

At a press conference, Felipe Gelle of Paghidaet-sa Kauswagan Development Group said Ramos was most likely killed by the death squad allegedly created by the Armed Forces of the Philippines in the province.

Col. Benedict Arevalo, commander of the Army’s 303rd Infantry Brigade based in Murcia, Negros Occidental, said the military would not benefit from Ramos’ death.

Fr. Cris Gonzales, Social Action Center director, described Ramos as a defender of the poor. —WITH A REPORT FROM LEILA B. SALAVERRIA