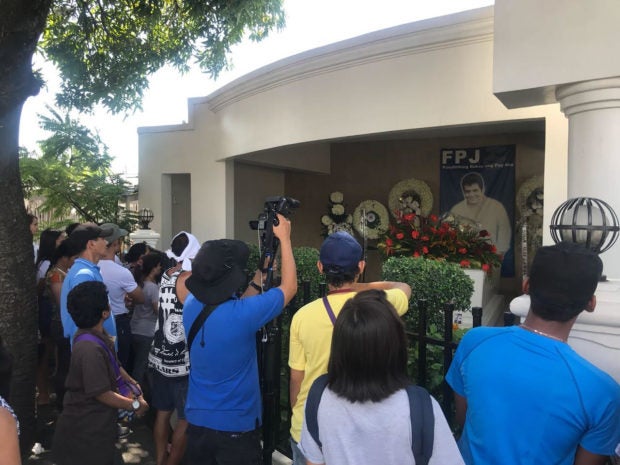 Fans crowd the tomb of late Fernando Poe Jr. in the Manila North Cemetery on the All Saints’ Day on Thursday, November 1. PHOTO by Cathrine Gonzales / INQUIRER.net

Every year, on All Saints’ Day, they gather before the tomb of Philippine cinema’s action superstar at the Manila North Cemetery, tagging along their youngsters, who now enjoy the “Ang Probinsyano” remake starring Coco Martin.

Roberto Dofredo, 53, a resident of Binondo, Manila, never missed a year visiting Da King’s grave. It’s been like a tradition for him, right after offering candles for his dead parents, whose crypts are also at the Manila North Cemetery. 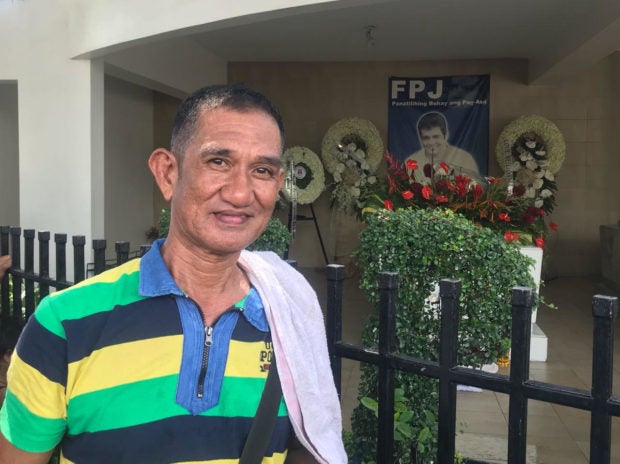 Robredo Dofredo, 53, says he continues to visit the tomb of Fernando Poe Jr. in the Manila North Cemetery every year. PHOTO by Cathrine Gonzales / INQUIRER.net

“Pagpunta ko kay nanay at tatay, magtitirik ng kandila pagkatapos pupunta ako rito (After I go to my mother and father, and have lighted a candle for them, I will go here),” he told INQUIRER.net.

Dofredo said he was around 15 years old when he first saw Poe’s movies. Among his favorites from the actor’s countless films are “Kalibre .45,” “Batang Tondo,” and “Isusumbong Kita sa Tatay Ko.”

Since then, and even after Poe died on December 14, 2004, he would always find time to watch FPJ’s films. Technology aided Dofredo’s longing for Da King.

“Sa Youtube nga minsan tina-type ko na lang, pati sa Google, para mapanood ko lang sila (movies). Balik-ala-ala (Sometimes I just type the name of the films in Youtube, or in Google, so I can watch it again. It brings back memories.),” he said. 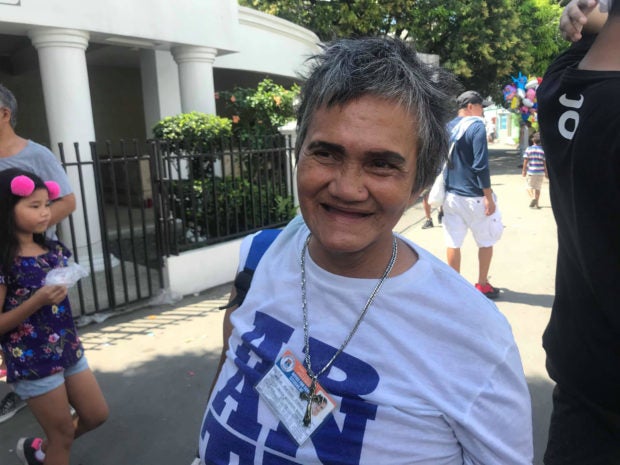 Joining the crowd of fans before Poe’s tomb was Aseriam Hustaya, 63. She said she also wants to see the actor’s wife, Susan Roces, visiting her husband’s final resting place.

Siblings Romeo, 67, Emma, 59, and Aida Alingcomoy, 56, also dropped by Poe’s mausoleum after visiting their parents in the same cemetery. They said they continue to idolize the action star even after he had passed away.

“Hindi kami makatulog [noon] hanggang hindi napapanuod iyan (In the past, we can’t sleep until we have watched his films),” said Emma.

The siblings would feel nostalgic whenever they visit Poe’s grave.

“Masaya. Nanghihinayang. [We feel as if] parang buhay pa siya (We’re happy. We feel sorry. We feel as if he is still alive),” they said. /kga

Did you know: Fernando Poe Jr.