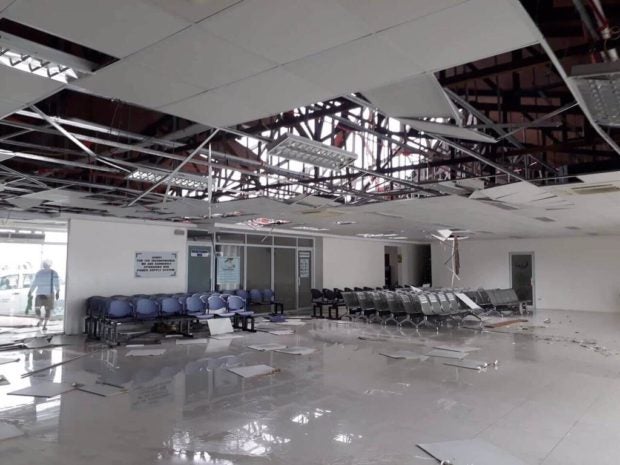 The Cauayan Airport in Isabela will be reopened Friday, November 2, the Civil Aviation Authority of the Philippines (CAAP) announced Thursday.

The airport’s passenger terminal building has been heavily damaged by strong winds brought by typhoon “Rosita” (international name: Yutu), which battered Northern and Central Luzon earlier this week; and caused its temporary closure.

The CAAP said they have come up with an interim operational plan to reopen the airport for commercial operations on Friday to accommodate passengers traveling for “Undas” even while repair and construction works in the passenger terminal building would continue.

However, the CAAP would let airlines — Philippine Airlines Express and Cebu Pacific Air — to decide whether or not they would push through with their respective scheduled flights to and from Cauayan.

CAAP Director General Jim Sydiongco assured that the agency will do its best to expedite the rehabilitation of the damaged terminal building. Repair and construction works in the said structure would approximately take two to three weeks. /kga