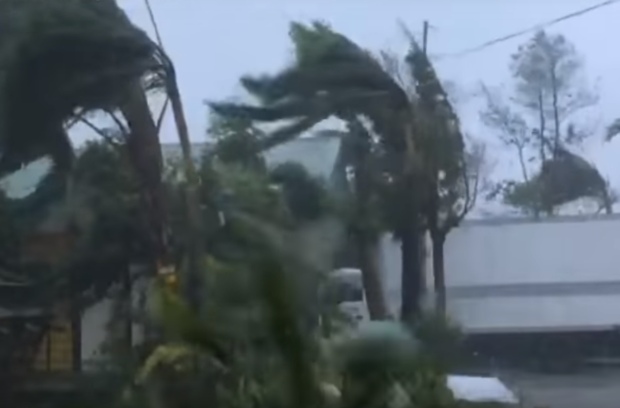 Trees in Isabela, bend and twist as the winds of Typhoon ‘Rosita’ slam into the province on Tuesday morning, Oct. 30, 2018. The storm’s fury damaged buildings in the province, including the passenger terminal of the Cauayan airport. INQUIRER FILE

Following the onslaught of Typhoon “Rosita” on Isabela province, the Civil Aviation Authority of the Philippines (CAAP) announced on Wednesday the closure of Cauayan airport’s passenger terminal, which will undergo inspection for storm damage.

However, Sydiongco said that the runway could still be used since there are no other airports in Isabela except the Cauayan airport.

Transport Secretary Arthur Tugade said the department was coordinating with the local government in the assessment and repair of the airport.