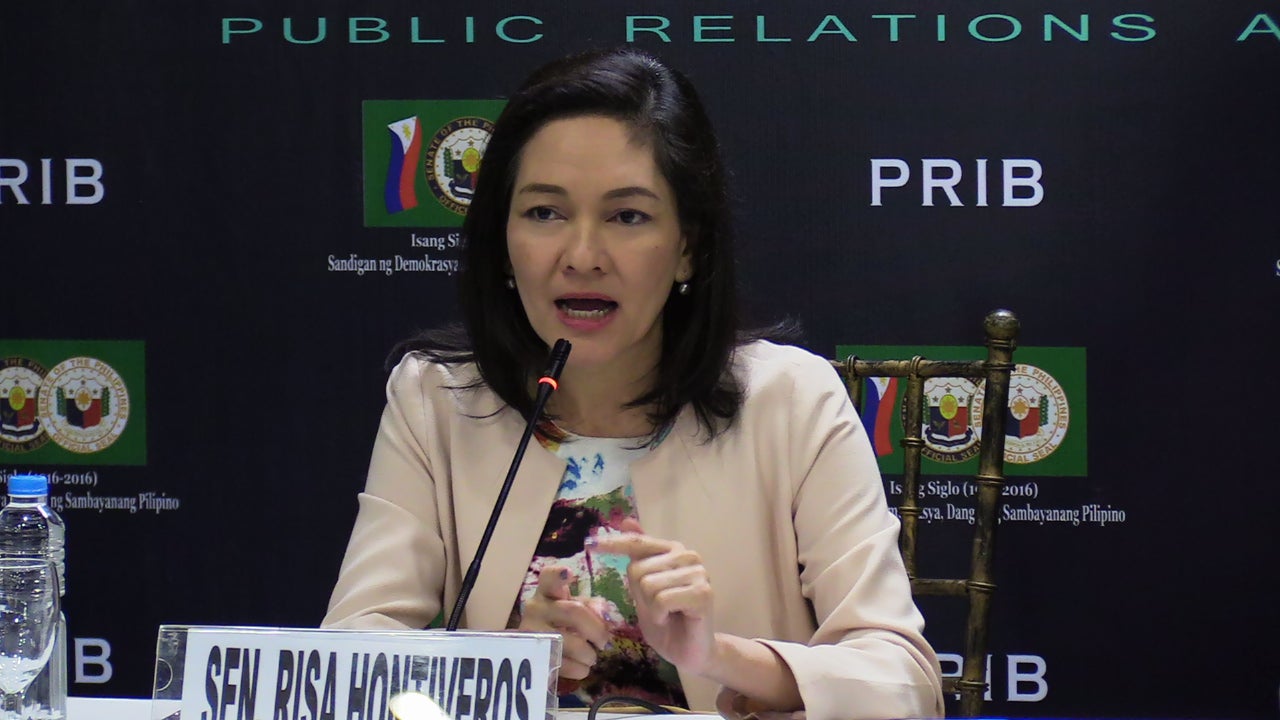 President Rodrigo Duterte’s order for the Philippine military to take over the operations of the embattled Bureau of Customs (BOC) is “blatantly unconstitutional and dictatorial,” Senator Risa Hontiveros said on Monday.

(Just like how billions worth of shabu passed through them, now President Duterte is trying to have martial law happen.)

The opposition lawmaker also cited Article XVI, Section 5 [4] of the 1987 Constitution which states that “no member of the armed forces in the active service shall, at any time, be appointed or designated in any capacity to a civilian position in the Government, including government-owned or controlled corporations or any of their subsidiaries.”

Hontiveros also pointed out that the “calling out powers” of the President under Section 18, Article VII of the Charter are limited in scope.

She noted that the President can only deploy the Armed Forces to “suppress identified acts of violence (rebellion and lawless violence), which serve as a factual basis for the calling-out power.”

“President Duterte should give the military institution the respect it rightfully deserves. He should stop treating the military as his personal troubleshooting department,” the senator said.

“He cannot call on the military each and every time he is facing problems in governance…” she added, stressing that the Chief Executive’s order is not a demonstration of political will, but a “pathetic display of weak leadership.”

In a speech during the thanksgiving party of former Foreign Affairs Secretary Alan Peter Cayetano in Davao City on Sunday, Duterte said the Armed Forces of the Philippines (AFP) would run the corruption-hit bureau while all of its employees were on floating status.

This came after the Customs faced another massive entry of shabu, which Philippine Drug Enforcement Agency Chief Aaron Aquino now estimated at P11 billion from its initial assessment of P6.8 billion.

Lapeña out of Customs but named Tesda chief with Cabinet rank