Drug testing of bus drivers not limited to Manila – PDEA 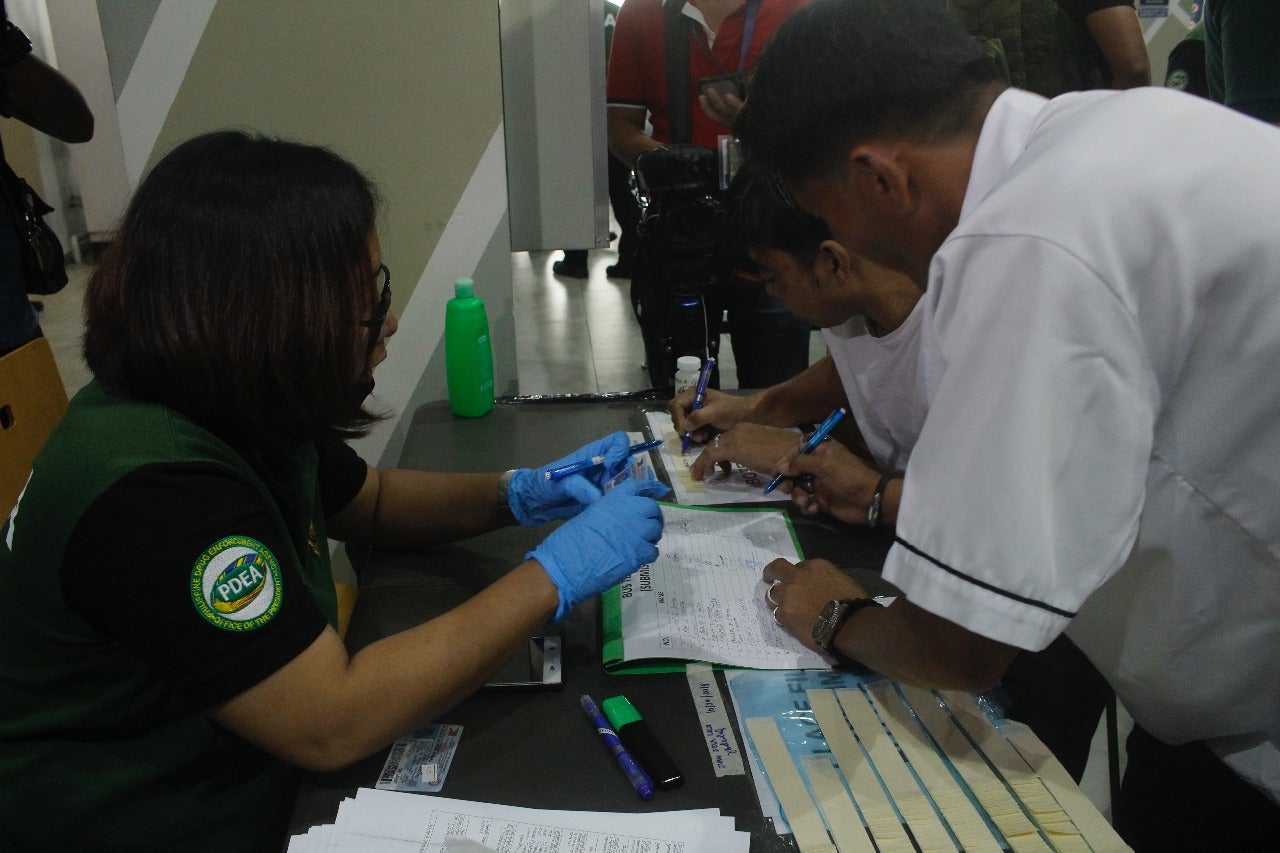 PDEA agents receive urine samples from bus drivers and assistants during a surprise inspection at the Busport Terminal at Araneta Center on Monday. INQUIRER.NET PHOTO/GAB LALU

The crackdown on drug-using bus drivers and conductors prior to All Souls’ Day was also conducted in different provinces and not only in Metro Manila, Philippine Drug Enforcement Agency (PDEA) Deputy Director General Ruel Lasana said Monday.

Lasana said during an inspection of a bus terminal in Cubao, Quezon City, that simultaneous surprise drug tests were also conducted by PDEA regional offices, as a part of the Oplan Undaspot.

PDEA Spokesperson Derrick Carreon for his part, dismissed accusations saying random drug testing only take place when the situation calls for it, thus making it predictable.

“We actually coordinate with the bus companies, para sila rin, utilizing their internal policies, that they conduct their own drug tests even without the prodding of law enforcement and other agencies,” he explained.

“Constant ‘yan dahil it’s embodied under the Land Transportation Act, and the Anti-Drunk and Drugged Driving Law,” he added.

Earlier, PDEA agents along with Land Transportation Office (LTO) and Land Transportation Franchising Regulatory Board (LTFRB) officials launched their Oplan Undaspot, to ensure the safety of the riding public who will flock to provinces before, during, and after the All Souls’ Day.

Bus drivers and conductors at the Victory Liner and Bicol Isarog bus lines along EDSA-Cubao, and the New Busport and the Old Bus Terminal inside the Araneta Center were subjected to drug testing, as some bus drivers plying long and successive routes resort to illegal drugs use to fight fatigue and sleepiness.

One bus driver from the bus terminal in Araneta Center was found positive for drug use.  He, however, will be subjected to confirmatory tests to determine if he indeed consumed illegal substances. /cbb