Man in China detained after recording himself burning Quran 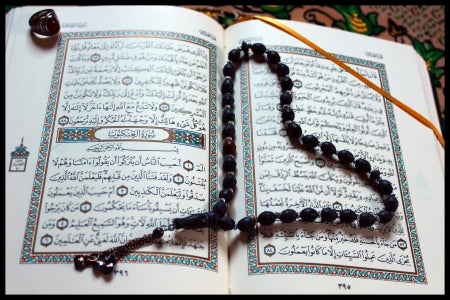 A man from Xian in Shaanxi province, China, was detained for 10 days after recording a video of himself burning a Quran and uploading it on social media. The report made the rounds on Chinese micro-blogging website Weibo and drew mixed reactions from the netizens who came upon it.

The unnamed man’s offense comes with a maximum penalty of 15 days’ detention and a fine of 1,000 yuan (around US$140). The man’s personal details were edited out in the Weibo post, as per The South China Morning Post on Oct. 25, although it was stated that he was charged with “inciting national hatred or national discrimination.”

It is unknown which social media sites the man shared the video on, but the Weibo report showed a Chinese-language Quran on the floor. The holy book was covered in soot and had a couple of its pages ripped off.

Some Weibo users came to the defense of the man and expressed their support for his actions. One questioned why the man had to be punished and detained, even asking if China is a religious country.

“Burning religious books — this is like Islamic laws against blasphemy…” the netizen was quoted as saying. “Making religious norms more than secular norms. Is China a religious country?”

Islamophobia in Chinese social media has become notably widespread, notwithstanding that China has a Muslim population of around 20 million. Past incidents of “special treatment” toward Muslims have provoked many to exhibit Islamophobia, such as when a Beijing university introduced Halal mooncakes to its Muslim students—an act that prompted an onslaught of Islamophobic remarks on Chinese social media.

Meanwhile, authorities have taken efforts to block allegedly Islamophobic terms and insults on Weibo. As per the Global Times in September 2017, terms such as “green religion” or “peaceful religion”, used to refer to Islam, cannot be posted on the social media platform for “violations of Weibo’s complaints-related rules.”  Cody Cepeda /ra