‘I tried to prevent anybody from being killed…’ – Enrile 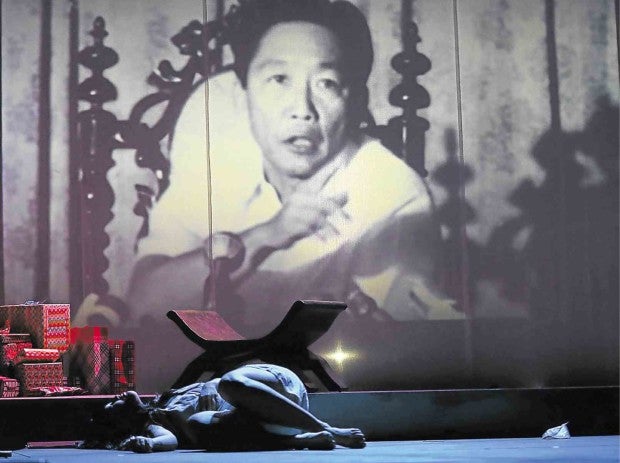 AN ACTOR portrays a victim of summary execution during martial law during the staging of the play “Never Again” at the Bantayog ng mga Bayani in Quezon City, which seeks to remind the people of the dark days of the Marcos dictatorship. RAFFY LERMA

In a television interview on Wednesday, the 94-year-old Enrile said he was unaware of the more than 11,000 human rights victims under Marcos regime and even apologized “if I’ve hurt any one of them.”

Enrile, who filed his candidacy for senator in the 2019 elections “to join the fun,” earlier said that not one person was arrested because of their political beliefs and for criticizing Marcos during martial rule.

“I am not aware of that number. I must confess that the depth of my learning has not gone that far,” Enrile said in an interview with The Chiefs on One News channel.

“But if there were that much, which I do not know, and subject to evidence, I’m sorry if I’ve hurt any one of them,” he added.

When asked whether he acknowledges that human rights violations and killings were committed during the Marcos martial law, Enrile answered in the affirmative.

“There’s no question that there were,” Enrile said.

Enrile, who served as defense minister during the late dictator’s term, also admitted that human rights abuses were committed against individuals who tried to oust Marcos, including opposition leaders and journalists.

“I tried to prevent anybody from being killed or hurt,” Enrile added.

Enrile also denied saying there were no political arrests during the martial law period in his tête-à-tête last September with the late strongman’s son, former Senator Bongbong Marcos.

“I do not remember. Did I say that? Where? No, I did not say that. Well, if I said that I must have been in my unlucid interval,” he said.

To recall, Enrile fearlessly declared in a one-on-one talk with Bongbong Marcos that not one person was arrested “because of political or religious belief” during Marcos’ martial rule.

He also denied in that interview they had arrested thousands of people during his stint as Marcos’ chief of Ministry of Defense.