Enrile shrugs off Cagayan governor’s bid to cancel his bail 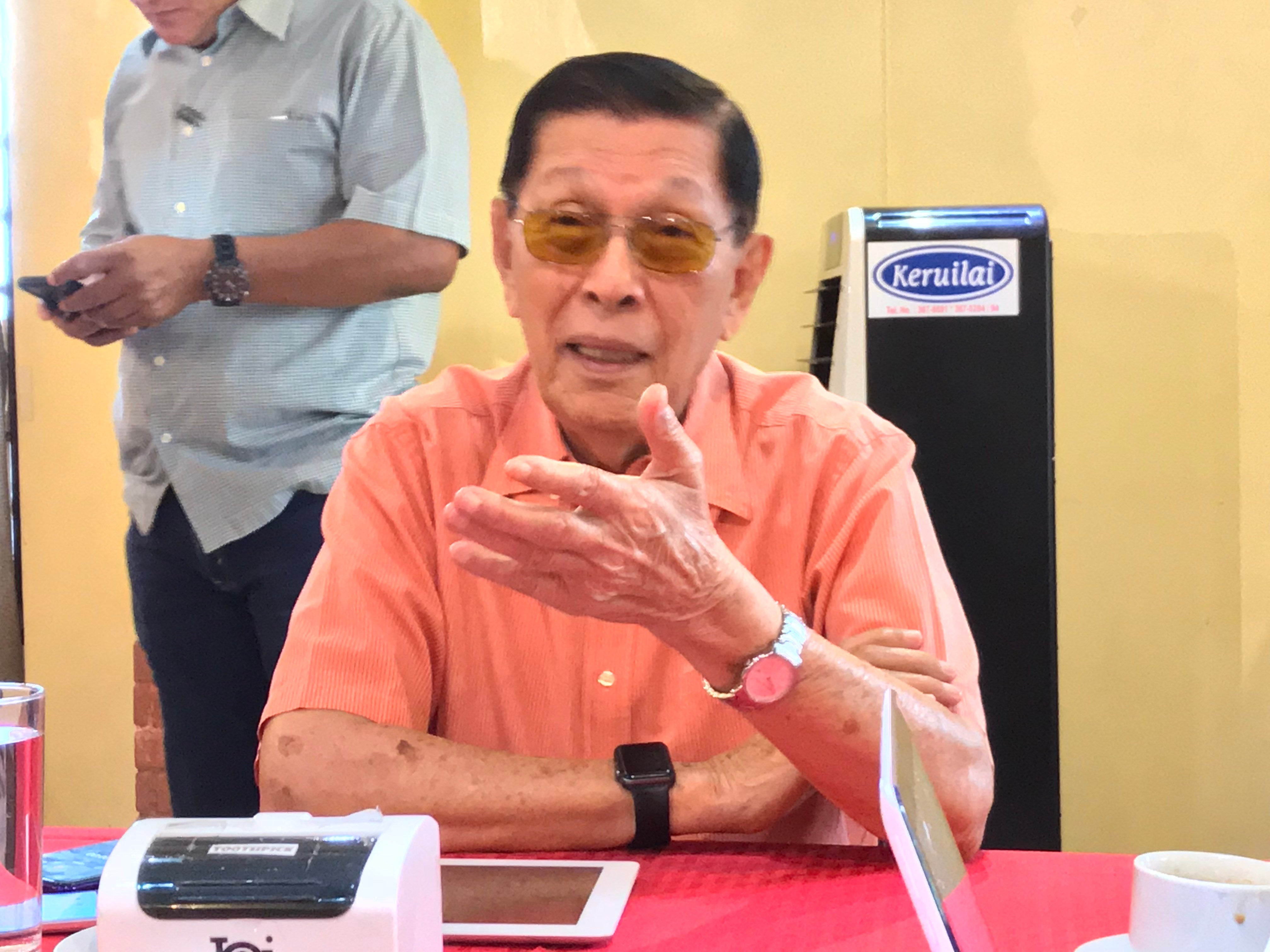 Former Senate President Juan Ponce Enrile on Wednesday said he will not waste his time answering Cagayan Governor Manuel Mamba’s appeal to the Ombudsman to push for the cancellation of his bail for plunder charges.

“Si Mamba hindi ko na intindihin ‘yun. Nag-aaway na mga tao sa probinsya mo at walang ginagawa ‘yun panay daldal lang ginagawa (I won’t pay attention to Mamba. The people in his province are fighting and yet he’s not doing anything except prattle). I will not waste my time on him,” Enrile told reporters in a forum in Quezon City.

Enrile is accused of amassing millions of ill-gotten wealth in connection with the pork barrel scam. He was put under hospital arrest in Camp Crame until the Supreme Court allowed him to post bail in 2015 due to his “poor health and elderly age.”

Three years after availing temporary freedom, the 94-year-old former lawmaker filed his candidacy for senator in the 2019 midterm elections and insisted that he is still fit to become senator.

In a letter addressed to Ombudsman Samuel Martires, Mamba said Enrile’s bid for a Senate comeback negated the bail that was granted to him because of his health condition.

“This only proves that Juan Ponce Enrile falsely appealed to the Supreme Court’s pity to gain the relief of bail. It means that he is not so ‘ill’ as to be incapable of flight, as the Supreme Court declared,” Mamba said.

Enrile, who is also from Cagayan, stressed that his health deteriorated when he was jailed in 2014. He added that the limited space of his cell prevented him from exercising.

“Noong nandun ako sa kulungan (When I was in jail) for 13 months , I did not have any time to exercise to move. ‘Yung kulungan ko maliit lang yun e… lahat nandun na (My cell was very small; everything was in there) and I have no space to exercise and I deteriorated. I got sick, I nearly died of pneumonia during that period and I am grateful to the Supreme Court they (accepted) my bail,” he said.

Enrile’s plunder case at the Sandiganbayan is still at the marking of evidence stage. /je

READ: Enrile: ‘Errors’ in federal draft charter made me run