In a letter received by the Ombusdman on Tuesday, Mamba argued that Enrile’s Senate bid for the May 2019 midterm elections proves that the former senator “falsely appealed to the Supreme Court’s pity to gain the relief of bail.”

Mamba in his letter addressed to Martires, said that it was “surprising to say the least that notwithstanding his (Enrile) matter-of-fact allegation of poor health, to which the Supreme Court acceded, Juan Ponce Enrile filed his Certificate of Candidacy for Senator of the Republic of the Philippines for the May 13, 2019 elections.”

“Seeking a seat in the Senate necessarily entails a nationwide campaign that even a healthy person will find strenuous. It means that he is not so “ill” as to be incapable of flight, as the Supreme Court declared,” the letter read.

“Consequently, his sworn declaration in his Certificate of Candidacy of his capacity to run for a seat in the Senate is sufficient basis to revoke Juan Ponce Enrile’s bail, the same being discretionary upon the court, in his plunder case before Sandiganbayan,” it added.

Enrile is one of the three former senators accused of plunder in connection with the pork barrel scam, together with former senators Jinggoy Estrada and Bong Revilla. /cbb 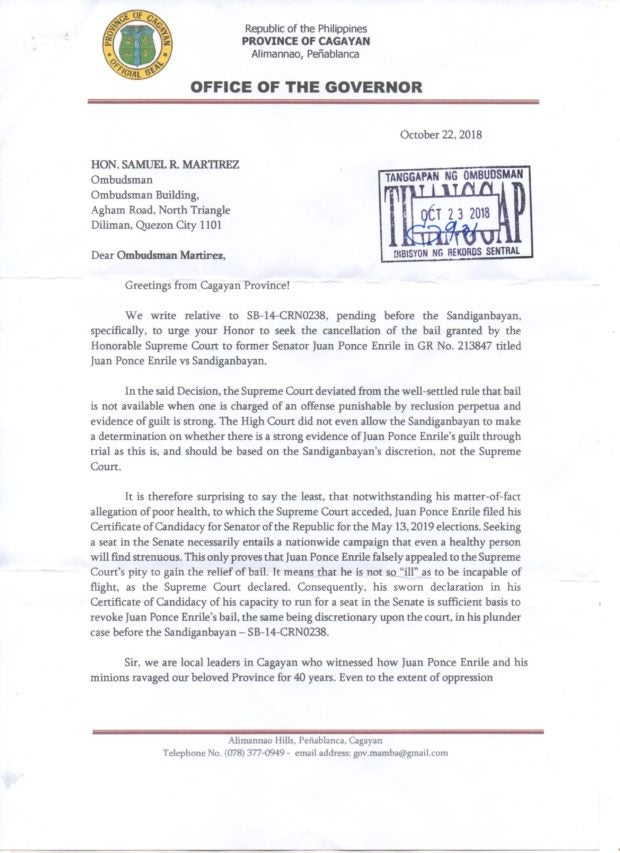 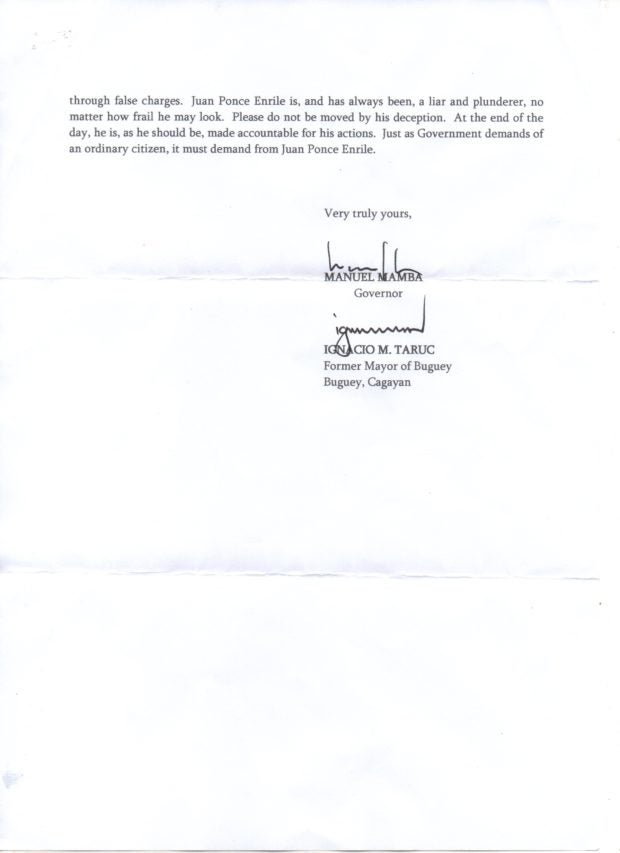 Courtesy of the Office of the Governor of Cagayan Manuel Mamba