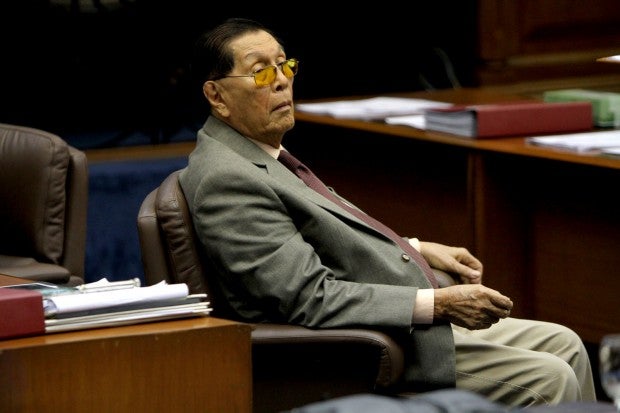 It’s still not too late for Juan Ponce Enrile after all.

The 94-year-old former Senate president filed on Tuesday his certificate of candidacy (COC), as he seeks to run for senator in the 2019 elections.

Enrile, however, was not present in filing his candidacy. His representative, lawyer Joseph Sagandoy, submitted his COC to the main office of the Commission on Elections (Comelec).

Earlier, Enrile said that he wants to try running again in the senatorial race to “join the fun.”

He said he has been quietly observing the pressing problems of the country in the last three years of having a break from politics.

Enrile will run as an independent candidate in the midterm polls. /je