Panelo: Running in 2019 polls a ‘big risk’ for those who have pending cases 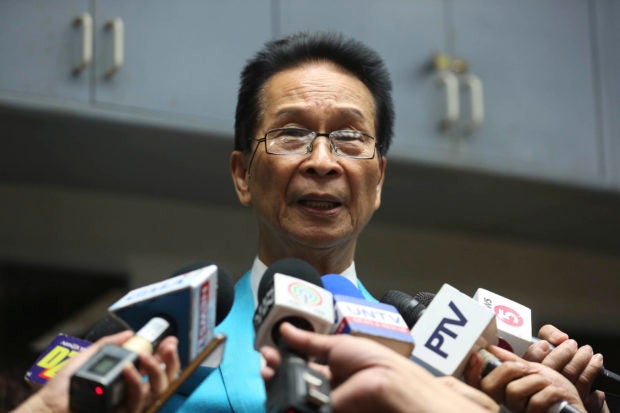 Presidential spokesperson Salvador Panelo said it will be a “big risk” for electoral hopefuls with corruption charges to run for the May 2019 midterm elections.

(If you ask me, it will be a big risk for them because right or wrong, most people will think they’re involved in the case, but they can say that there is still no conviction.)

This was his statement when asked what the Palace would advise to those marred with corruption charges and are running in the 2019 elections.

Meanwhile, Panelo said that even though some candidates have corruption charges, it will be against the constitution to prohibit them from running for office.

“Alam mo kahit meron tayong anti-corruption campaign we cannot go against the Constitution and the laws, kung pwede silang kumandidato because they have not been previously convicted or they have not been disqualified perpetually from holding offices, hindi mo pwedeng ipagbawal yun,” he said.

(You know, even though we have an anti-corruption campaign, we cannot go against the Constitution and the laws, if they can become candidates because they have not been previously convicted or they have not been disqualified perpetually from holding offices, you can’t prohibit that.)

(We will also violate the due process with that. There is a Constitutional provision saying that all persons are presumed innocent unless there is a conviction beyond unreasonable doubt, so those candidates with cases that pending can still run.)

However, the Palace official pointed out that it will be up to the voting public, whether or not they will vote for those who are reportedly involved in corruption.

“And nasa tao na lang yun, actually nasa mga botante na rin, they feel na hindi sila karapat-dapat (It’s up to the people, it’s actually up to the voter if they feel that the candidates are deserving or not). They have right to vote against those candidates,” he said. /je