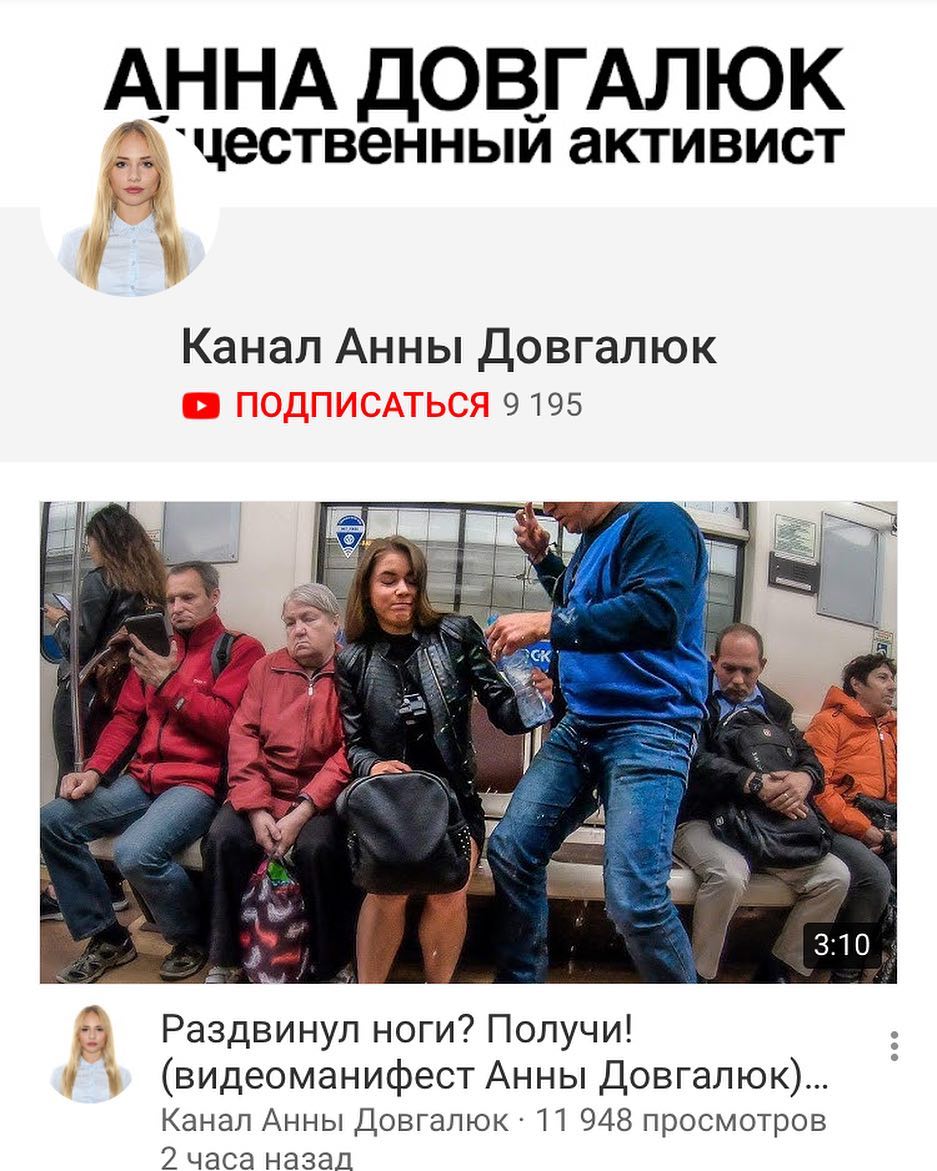 A Russian law student’s protest against “manspreading” may be a staged propaganda stunt by the government.

Twenty-year-old self-proclaimed “social activist” Anna Dovalyuk uploaded what she called a manifesto against the act of manspreading on YouTube, Sept. 25. In the video, Dovalyuk appeared to splash highly concentrated bleach water on the crotches of men who spread their legs inside the subway. She considered it a gender aggressive behavior of men who demonstrate their “alpha-manhood” to the public.

However, concerned parties claimed the whole “protest” was staged. Local St. Petersburg publication paperpaper.ru claimed to have found the men seen on Dovalyuk’s footage and interviewed them. The publication said the men admitted to being hired actors to appear as victims for the now viral video, reports EU vs. Disinformation.

The viral video has since been taken down by YouTube from Dovalyuk’s channel for violation of its community guidelines. However, it continued to escape censorship on the Facebook page of Russian state-owned publication In The Now. Several copies of the video have also spread across YouTube. 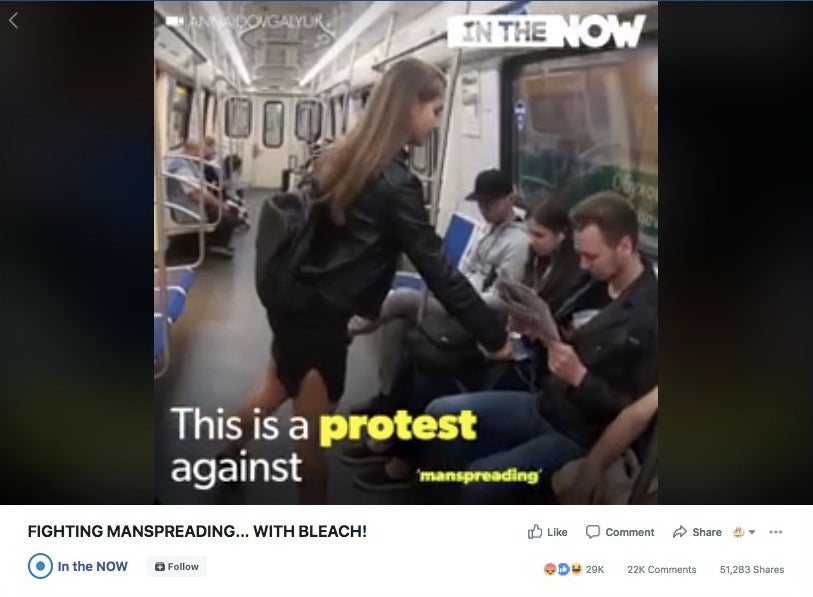 EU vs. Disinformation fashions itself as an organization dedicated to debunking propaganda spread by the Kremlin’s “troll factory.” They claim the manspreading video was meant to provoke extreme anti-feminist reactions—a jab at the spreading MeToo movement, which exposed sexual misconduct in various industries such as the infamous Weinstein accusations in Hollywood.

Meanwhile, Dovalyuk doesn’t appear to be all that bothered by the negative attention to her “protest.” She even shared a photograb of a coverage by The Sun regarding her video’s authenticity.  Alfred Bayle /ra 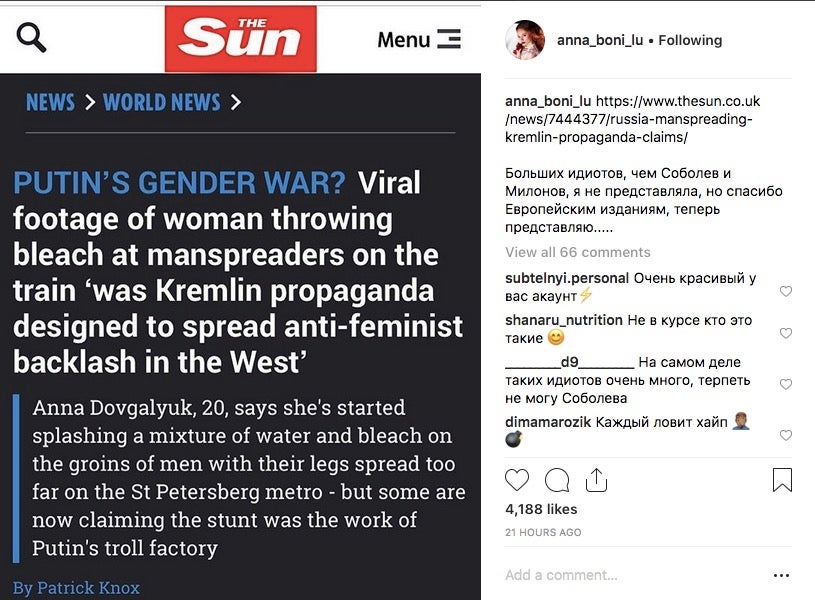