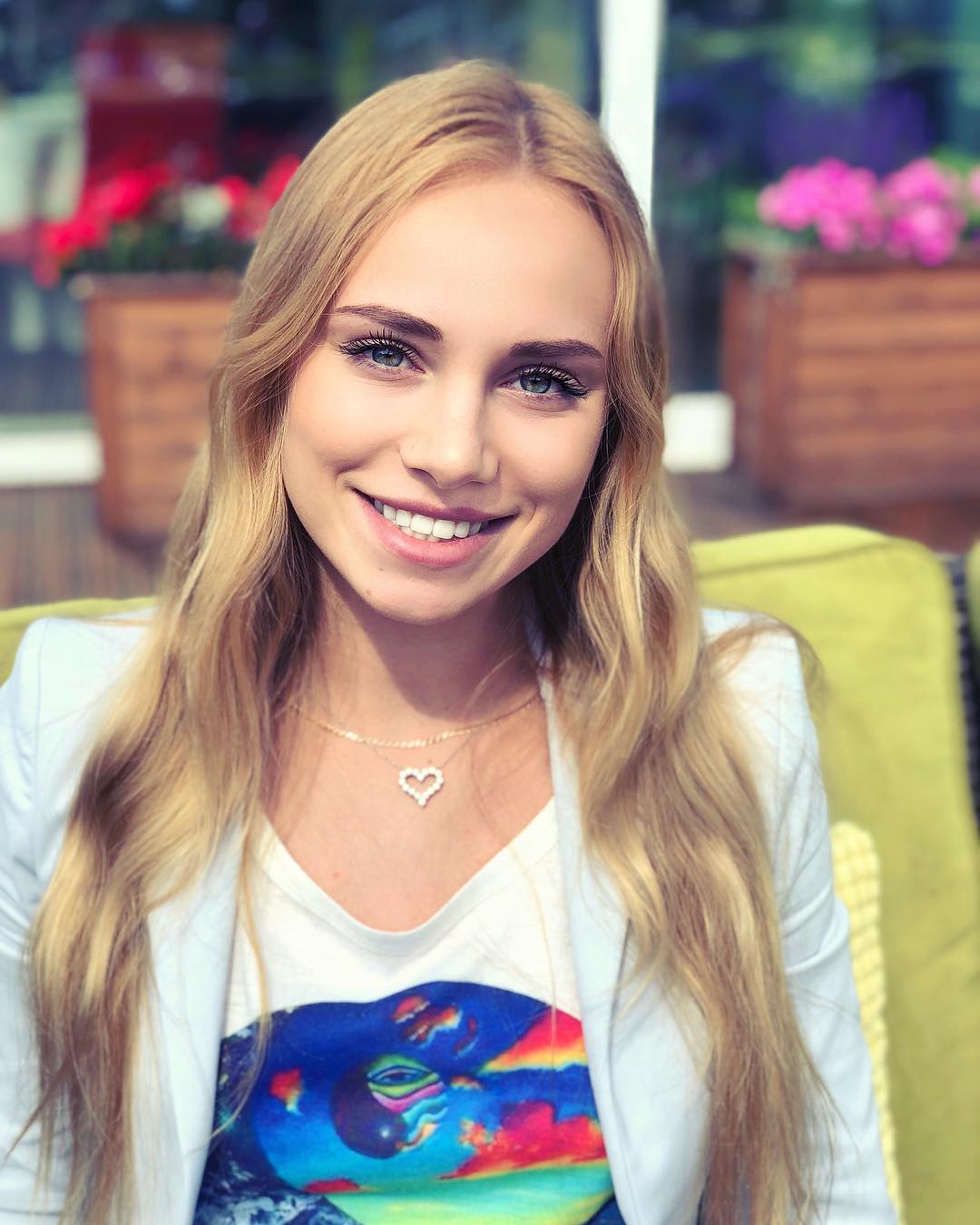 A Russian law student went on protest by splashing water mixed with bleach on men’s crotches who were guilty of “manspreading.”

Twenty-year-old law student Anna Dovgalyuk uploaded a video manifesto on her YouTube channel, Sept. 25, which featured herself splashing bleach water on multiple men’s crotches in the subway. She considered these men as guilty of “manspreading,” the act of spreading one’s legs too widely, thereby occupying additional space on the train seat.

Dovgalyuk claimed that the Russian government is not doing enough to keep this gender aggressive behavior from happening. 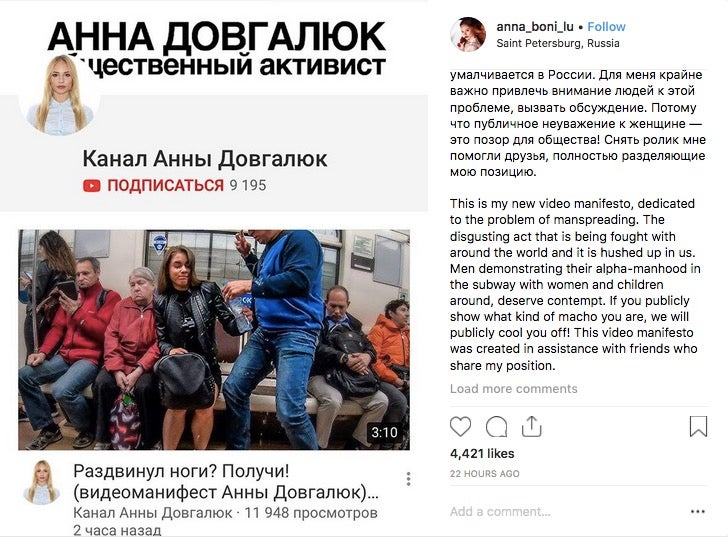 “This is my new video manifesto, dedicated to the problem of manspreading. The disgusting act that is being fought with around the world and it is hushed up in us,” wrote Dovgalyuk in a Sept. 25 Instagram post.

“Men demonstrating their alpha-manhood in the subway with women and children around, deserve contempt. If you publicly show what kind of macho you are, we will publicly cool you off!”

Dovgalyuk also noted that her bleach water solution was 30 times more concentrated than those used in laundry and would quickly eat through color in fabrics. Footage was captured with help from friends. Dovgalyuk claimed to have “cooled off” around 70 manspreaders in the course of her protest.

Most of the men in the video were either too shocked or surprised to react quickly enough, as Dovgalyuk made a hasty retreat after emptying a bottle of bleach water on their crotches. It could be seen that a few tried to attack the law student, but footage was cut to the next one after the initial gestures were made.

Dovgalyuk considers herself a “social activist” and acts “on behalf of everyone who has to endure the manifestations of you declaring your macho qualities on public transportation,” reports The Sun. So far, Dovgalyuk said no one has sued her and she doubts anyone would go to the police to report about jeans. JB

Read Next
Calida applauds SC decision on Peter Lim: ‘Judicial system in PH is at its best’
EDITORS' PICK
Scheduled MRT-3 weekend shutdown suspended due to ‘Rolly’
Signals 3 and 4 may be raised due to potential ‘super typhoon’ Rolly
#BeTheFocus with the all-new vivo V20 series, available on October 30
Batangas province under state of calamity due to ‘Quinta’
ClassIn as an EdTech tool that helps lessen pain points in the K-12 school’s online transition
Aiai delas Alas reaffirms commitment with Siomai King as Brand Ambassador
MOST READ
Signals 3 and 4 may be raised due to potential ‘super typhoon’ Rolly
US weather bureau predicts ‘Rolly’ may intensify into super typhoon before landfall
Trough of ‘Rolly’ to bring rains in Bicol Region, parts of Visayas, Mindanao
‘Rolly’ rapidly turns into typhoon, but Pagasa says peak intensity far from super typhoon levels
Don't miss out on the latest news and information.