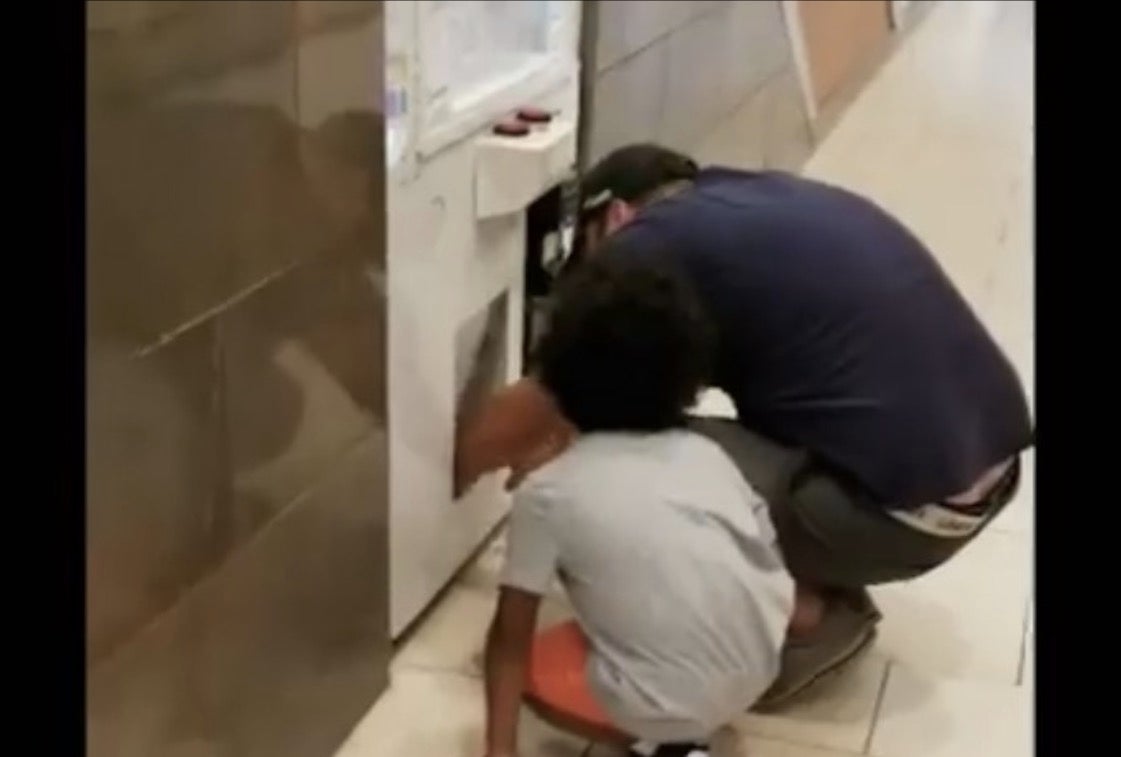 A man was filmed while having a toddler go inside an arcade game machine and take out the prizes inside it in a mall in the United States.

The footage was shared on the Facebook account of the Salem NH Police Department, which asked help in identifying the man. The incident was filmed inside a shopping mall at Rockingham Park, New Hampshire, in the evening of Sept. 14.

In the video, the man can be seen peeking in the prize slot of the arcade machine, while a small child crouched beside him. The man would later pull out a small box and drop it on the floor in front of the machine. After a short while, he pulled out a larger box that appeared to be a Nintendo Switch. The boy at his side then picked up the smaller box and cheered after the larger one was pulled free from the prize slot. The man would later be heard giving instructions to someone inside the prize slot to “stand up.” A small head then poked out and the child inside the machine crawled out before the footage was cut.

Theft from Mall at Rockingham Park

Attached is a video from the incident Saturday night at the Mall at Rockingham Park. The video has intentionally been blurred out to protect the identity of the involved children. Anyone who recognizes the suspect in this case is urged to call Detective Dempsey at 603-890-2343 or message us here on Facebook.Thank you!

The police also asked people to contact Detective Dempsey at 603-890-2343 if they wished to provide information or to simply leave a message on Facebook.

Mall authorities were alerted by Hannah Forese, a hostess at a Red Robin restaurant across from the BarBerCut Lite arcade prize machine, reports New Hampshire Union Leader. Forese had been alerted to the theft by a couple of customers who came to the restaurant while saying “That’s so unsafe.”

Forese said the man and the children made off with multiple items, but the ones she saw were a Gameboy DS and a Nintendo Switch.

The man was described as a bearded Hispanic who was about 20-30 years old. He was accompanied by a small girl and another young child who appeared to be around 5 to 7 years old.  Alfred Bayle /ra