The House committee of the whole has adopted the realignment of the controversial P51.792 billion worth of funds from the Department of Public Works and Highways (DPWH) to other programs and agencies.

A total of P51,792,022 initially for DPWH regional projects was realigned to programs under the Department of Health, Department of Education, Department of Agriculture, and other programs of the DPWH, as well as the National Disaster Risk Reduction Management fund.

The following were introduced as amendments to House Bill No. 8169 or the proposed 2019 national budget: 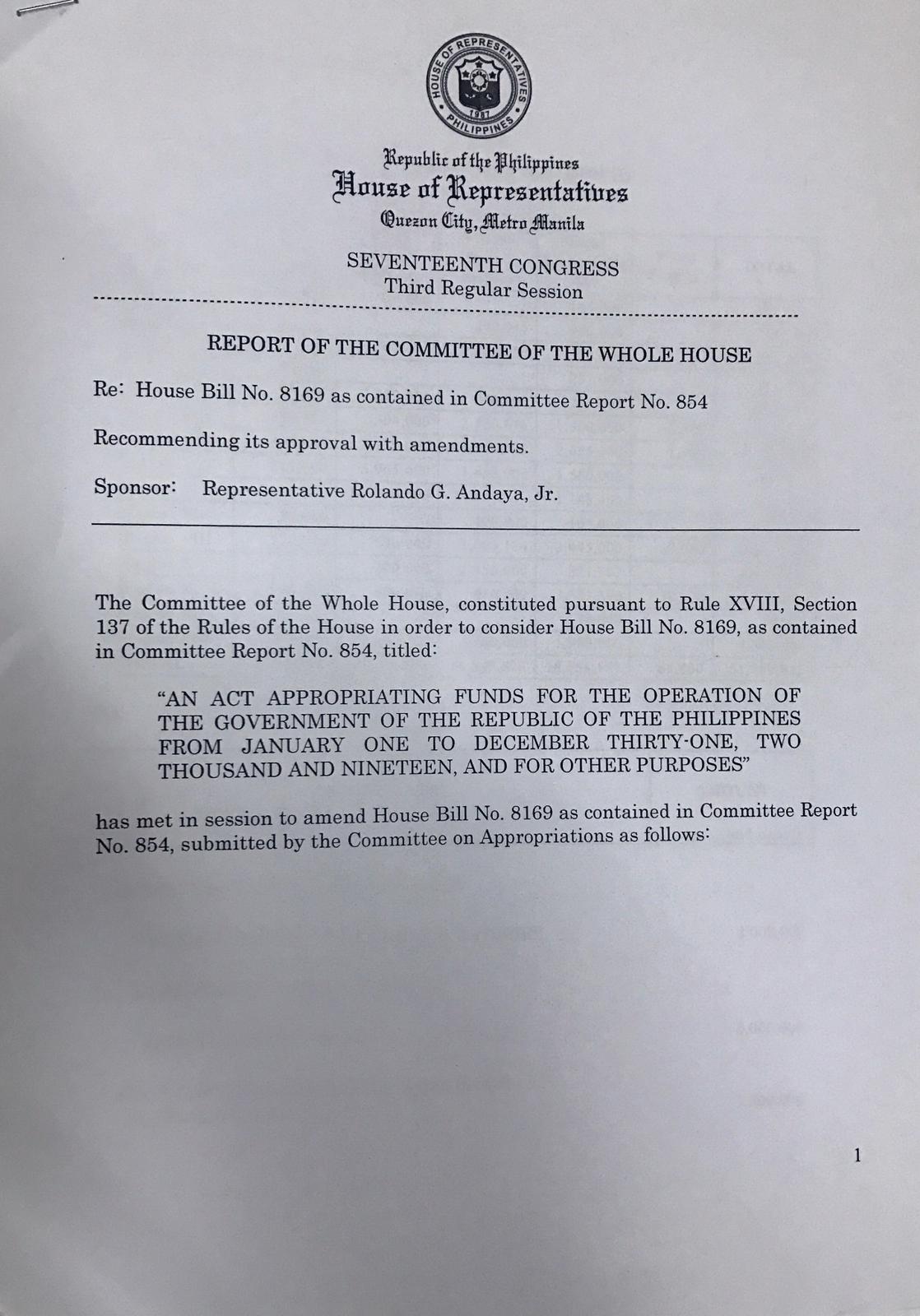 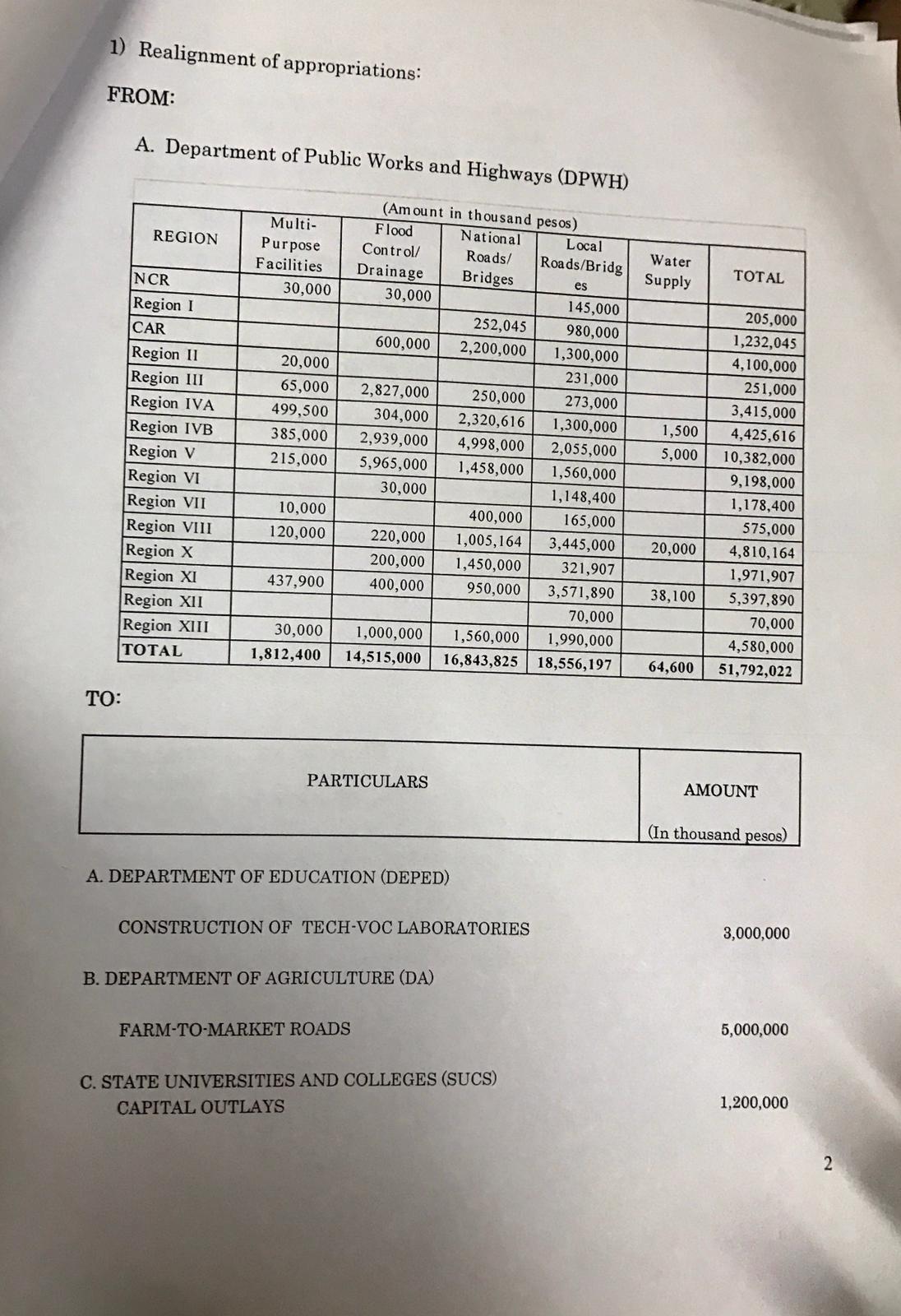 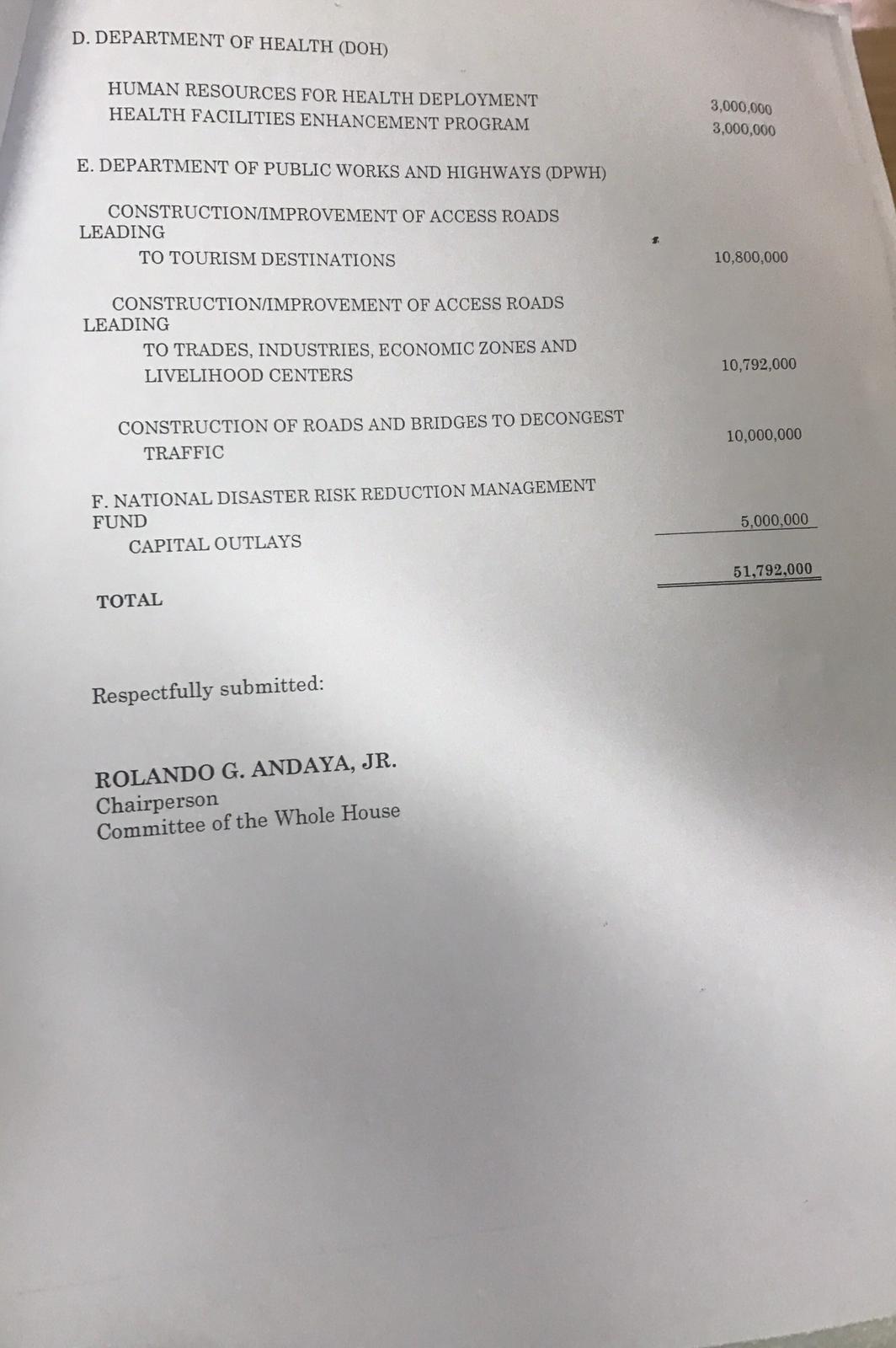 Andaya said the P51.792 billion was less than 2 percent of the total P3.757-trillion national budget for 2019. The chamber adopted the realignment via viva voce or voice voting.

“This is to be done in a manner that is transparent, open and compliant with the rules of the land including Supreme Court decisions on public expenditure,” he said.

Andaya earlier motioned to constitute the House into a committee on the whole to tackle the budget for 2019.

This comes as lawmakers bicker over the alleged billions worth of “insertion” in the budget of some congressmen.