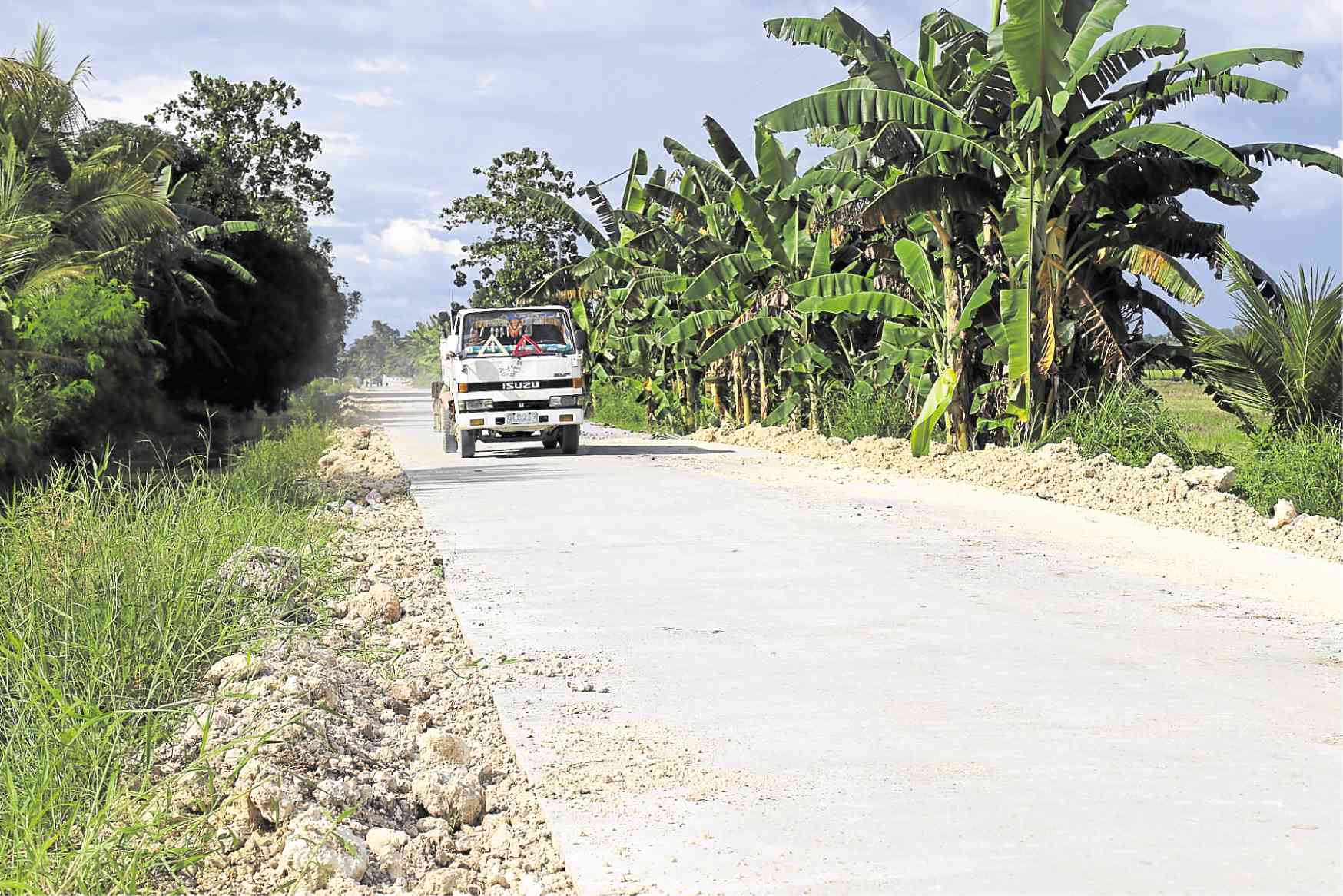 PAVING THE FUTURE Notorious for being the site of the massacre of 44 Special Action Force policemen in 2015, Mamasapano town in Maguindanao province is now on its way to being one of the ARMM areas with well-paved roads.—CONTRIBUTED PHOTO

KORONADAL CITY—The highest-ranking official of the Autonomous Region in Muslim Mindanao (ARMM) boasted of at least 1,599 kilometers of roads, connecting the region’s five provinces, being completed by the ARMM government in six years.

ARMM Gov. Mujiv Hataman, in a statement, said the roads made the people feel government presence.

He said most of the road projects were completed in areas with security problems.

“The region’s constituents will now have easy access to government’s services on transportation, health, trade and industry, agriculture and fishery, and tourism, all considered vital in boosting the region’s economy,” he said.

The decades-old conflict waged by various Moro fronts has been blamed for the stunted growth of the ARMM, which has consistently been among the poorest regions in the country.

The ARMM government allocated over P35 billion for these road projects in the last six years.

Many of the road projects were located in remote and conflict areas, according to Hataman, who was appointed ARMM caretaker in 2011 until he was elected officially as governor in the 2013 and 2016 elections.

ARMM would be deemed abolished once the Bang-samoro Organic Law (BOL) is ratified in a plebiscite scheduled on Jan. 21 next year.

The BOL is anchored on the Comprehensive Agreement on the Bangsamoro, the final peace agreement signed by the government and the Moro Islamic Liberation Front in 2014.