Sen. Antonio Trillanes IV was taken to the Makati Central Police Station after turning himself in to police on Tuesday, following the issuance of an arrest warrant against him by Makati Regional Trial Court Branch 150.

At the police station, Trillanes went through the booking procedure, starting with the taking of his mugshots. 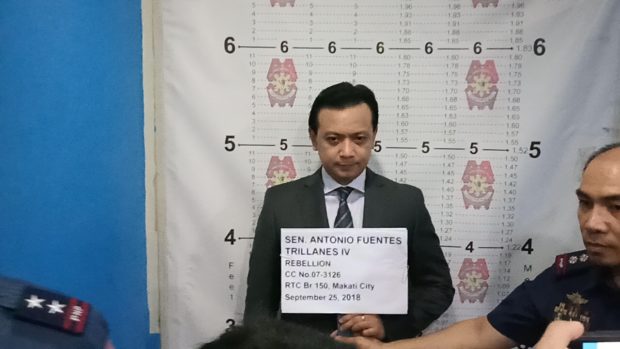 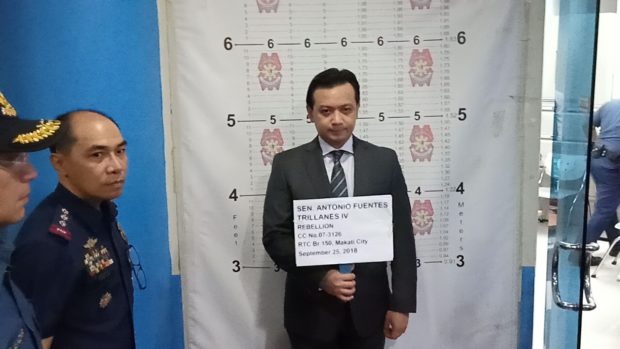 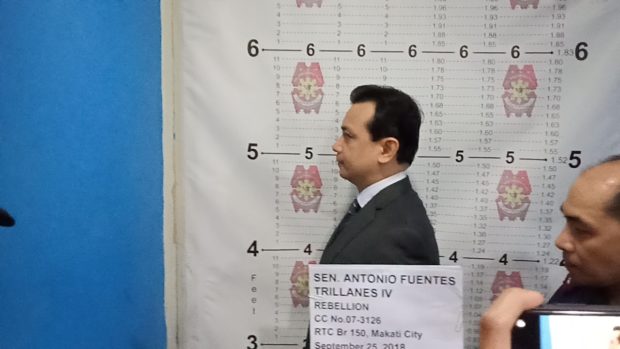 After this, Trillanes, accompanied by National Capital Region Police Office Director Guillermo Eleazar, would proceed to the Makati RTC to post his P200,000 bail.

Makati RTC Branch 150 issued a warrant of arrest against Trillanes for rebellion in connection with the Manila Peninsula Siege in 2007.  /kga