The Department of Justice (DOJ) has in its possession only a 2010 document stating that the promulgation of a coup d’etat case against Senator Antonio Trillanes IV was only suspended.

Because of this, the amnesty given to the senator can be revived following the revocation of the amnesty.

“If some of the accused or even one of them will not apply for Amnesty or that his or their application is denied with finality, then the New Judge will have to prepare his decision…” the order issued by Makati RTC Branch 148 Judge Oscar Pimentel read.

However, the accused are holding more recent documents.

Based on the Sept. 21, 2011 order issued by acting Presiding Judge Ma. Rita A. Bascos Sarabia, the case against Trillanes, Alejano, and James A. Layug has been dismissed under the amnesty given to them. 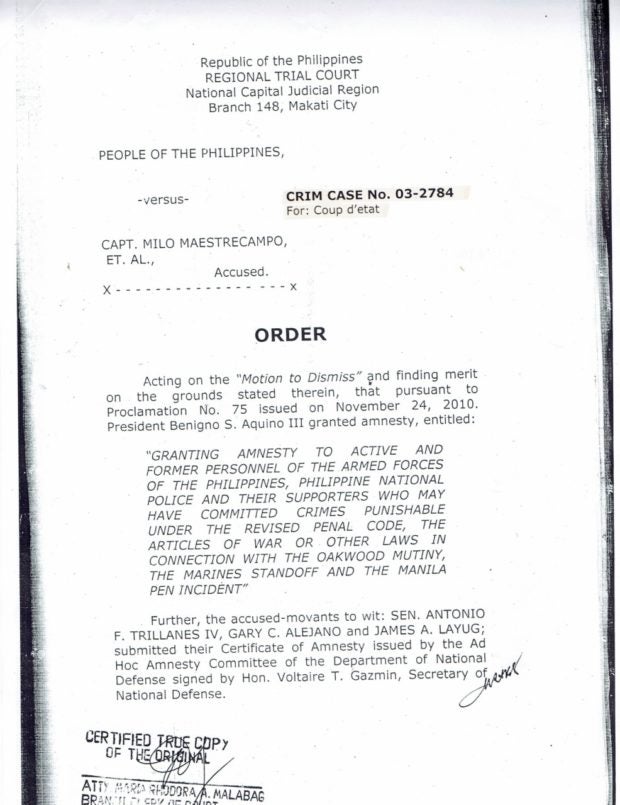 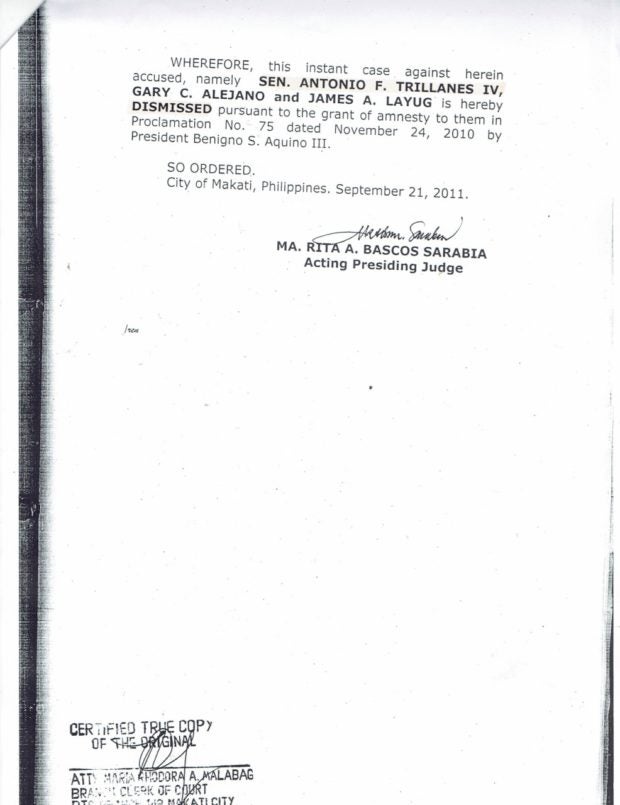 On the other hand, the order issued by Judge Elmo Alameda of Makati RTC Branch 150 dated Sept. 7, 2011 stated that Alejano, Trillanes, and several others had filed a motion to dismiss also on the ground of the amnesty given to them by then President Benigno Aquino III.

The same order noted that Trillanes, Alejano, and the other accused who filed a motion to dismiss have “applied for and have been granted amnesty by the attached certified true copies of the certificate of amnesty issued by the Ad Hoc Amnesty Committee of the Department of National Defense signed by the Honorable Voltaire Gazmin…”

“The dismissal of the instant case is in order in the light of the fact that any possible criminal liability on their part resulting from the incidents subject of the instant case has already been fully and completely extinguished by the grant of amnesty to them,” the court said in 2011. 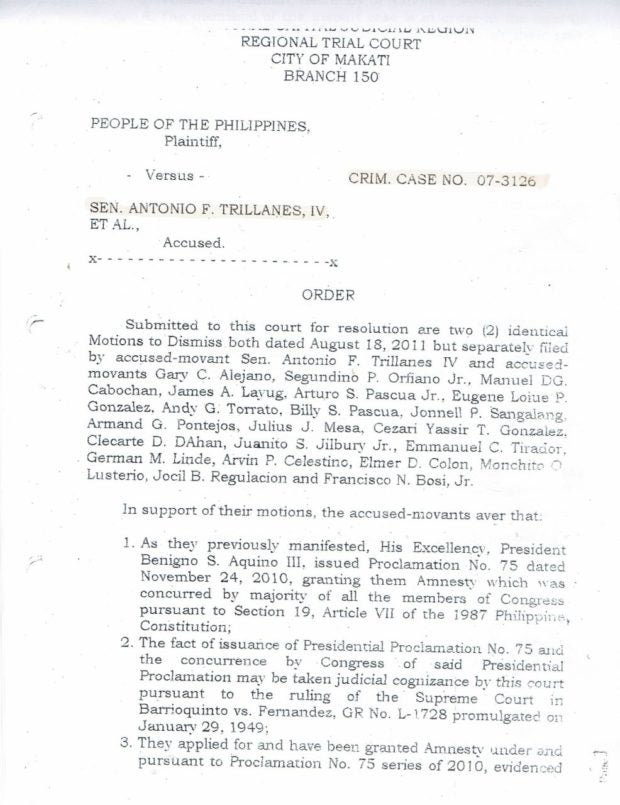 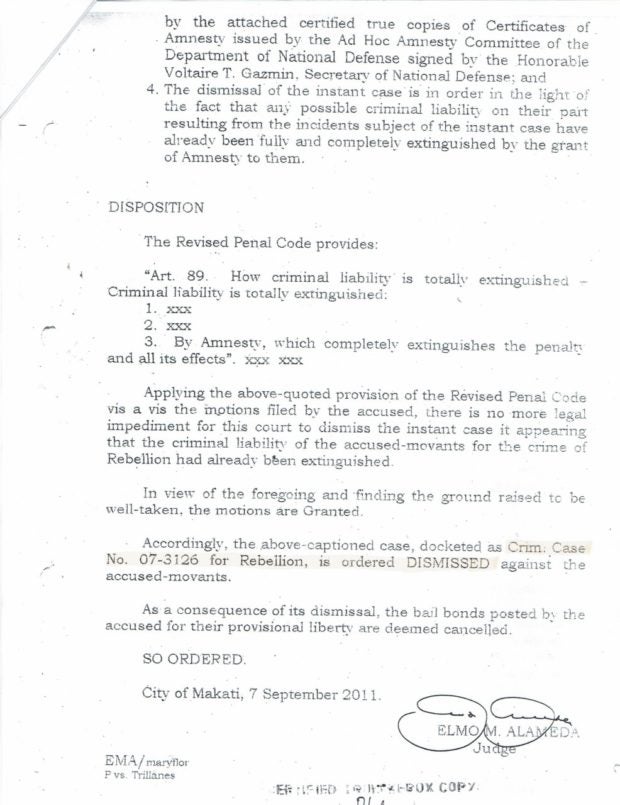 The DOJ, however, said that since these documents had been issued a long time ago, they have to dig through the case records.

So far, Acting Prosecutor General Richard Anthony Fadullon has said, “as far as our records, there are among the accused, a decision rendered by an acting judge [that] approved the amnesty. But when I looked at the records, Trillanes was not included.”

Justice Secretary Menardo Guevarra said they are still digging into their records.

“We have to check our records first if it was filed in 2003, so [that was] 15 years ago. We really have to look if it was suspended,” Guevarra told reporters. /ee