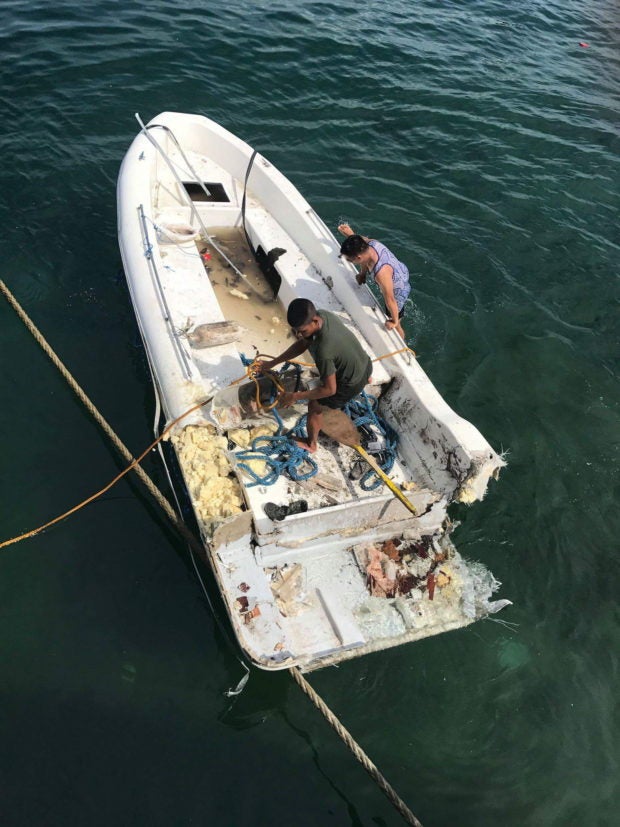 Supt. Paul Cabug, Masbate City police chief, said the bomb exploded around 12:30 a.m., damaging a 7.5-meter speedboat of the 2nd Infantry Battalion, Philippine Army, and a 7.5-m rescue boat of the Philippine Coast Guard that were docked at Masbate Port.

No one was reported hurt in the explosion.

Capt. Joash Pramis, public affairs chief of the Army’s 9th Infantry Division, said security at the port was tightened after the explosion.

The explosion came after another homemade bomb went off at the port on August 2, damaging a motorized passenger boat.

Pramis said investigation indicated Monday’s explosion could be connected to the Aug. 2 blast, as the same type of bomb was used.

Police were still investigating, but Pramis blamed the two explosions on the communist New People’s Army (NPA), which he said carried out the attacks to sow fear and retaliate against government forces for recent setbacks.

“I am putting the blame on the NPA since they are the only group that uses improvised explosive devices in their initiated attacks on government facilities and personnel,” Pramis said.

Agreeing with Pramis, Cabug said the real target of the explosion was the Army’s rescue boat, which was turned over to the 2nd IB on Sunday.

Pramis said the NPA operating on the island province recently carried out a series of attacks on military and police forces, using homemade bombs and staging ambuscades that killed a number of policemen, soldiers and civilians.