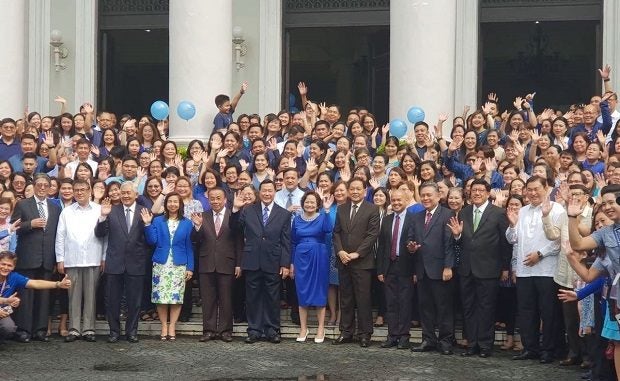 “We should be left alone to decide for ourselves,” Chief Justice Teresita Leonardo-De Castro said in her speech during her first flag ceremony as head of the Supreme Court.

“People outside would like to judge us by what they see or hear from afar but it is us, the justices and officials of the Court, who know what is happening inside the Supreme Court and we should be left alone,” De Castro said.

The newly appointed Chief Justice said also asserted judicial independence by saying, “We demand respect from the other co-equal branches of the government.” She added that respect not only means respecting the individual members of the court but its decisions as well.”

“The other members of the co-equal and independent branches of the government should understand that based on our constitutional order, the decisions reached by the justices of the Supreme Court whether unanimously or by majority vote must be respected,” she added.

De Castro was welcomed not only by her colleagues but by Supreme Court employees who called a “Blue Monday” event to symbolize the return of peace in the judiciary. The event was initiated by the Supreme Court Employees Association (SCEA), the same group that initiated the “Black Friday” and “Red Monday” protest against Maria Lourdes Sereno.

In her speech, De Castro explained that the Supreme Court was not about the Chief Justice because the chief magistrate is only the first but “equal to the other justices of the Supreme Court.” 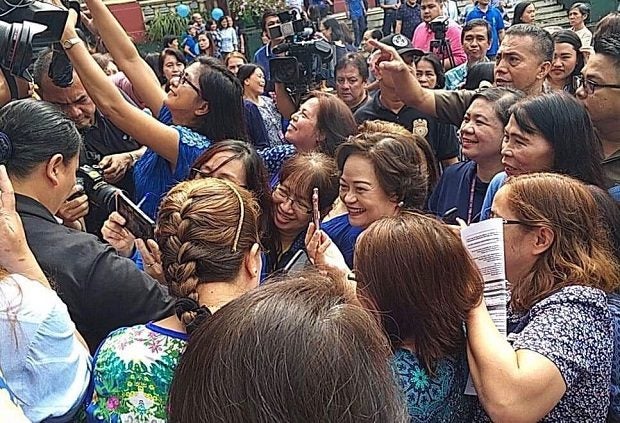 She reiterated her intent of restoring collegiality in the Supreme Court as she stressed that the High Court’s rulings are issued based on the collective action of its members.

In the past, De Castro butt heads with Sereno, accusing the former chief justice of violating the collegiality by making unilateral decisions for the court.

“The Chief Justice is the first that equal nevertheless with each of the associate justice of the court. No one can claim superiority over the others and we decide for cases whether judicial or administrative with one vote each,” she said.

She thanked her colleagues and the employees of the Supreme Court for their showing their resiliency and dedication to their duties.

“The first lesson that we learned from this is with the support of the officials and employees of the court, we can surmount every obstacle because you are standing solidly behind the justices, the justices were able to weather the storm that was besetting the court during those times, so we thank you for this,” De Castro said.

“Your support spelled a difference in the understanding in what the Supreme Court is aspiring for during the time that we went through the turbulent months here in the court,” said De Castro. /cbb