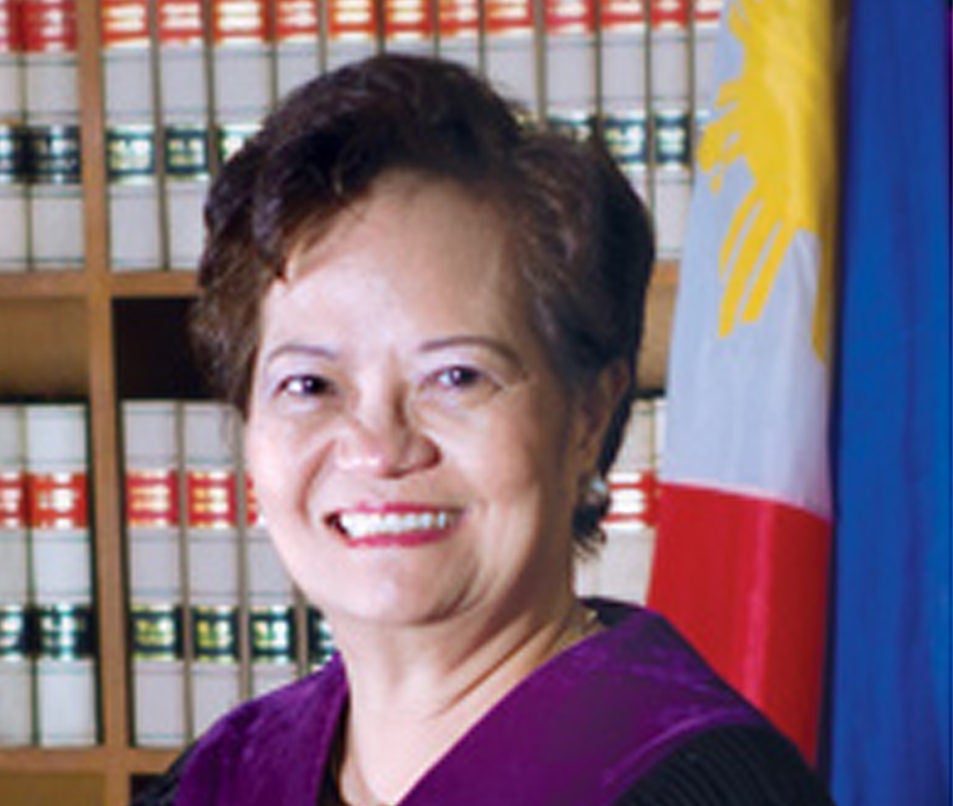 “I have been informed that the President’s choice has been publicly announced by SAP [Special Assistant to the President] Bong Go and that the formal appointment will be released by ES [Executive Secretary Salvador] Medialdea on Tuesday,” said Guevarra.

“Her appointment as Chief Justice is a fitting finale to her illustrious career in both the Department of Justice and the judiciary,” added Guevarra.

Who is Justice De Castro?

Born Oct. 10, 1948, De Castro will retire at a mandatory age of 70 on Oct. 10, 2018. She started her career as law clerk from the Supreme Court in 1973. Then, she moved to the Department of Justice (DOJ) to work as a state counsel in 1978. In 1997, she was appointed as a Sandiganbayan Associate Justice by then President Fidel V. Ramos and became its Presiding Justice in 2004. She was appointed Associate Justice of the Supreme Court by then President now House Speaker Gloria Macapagal-Arroyo on Dec. 3, 2007.

During her stint as a Sandiganbayan justice, she authored the decision convicting former President and now Manila Mayor Joseph Estrada for plunder.

In 2015, the Supreme Court dismissed the disqualification case against Estrada saying he was eligible to run for Mayor of Manila. It was De Castro who penned the decision.

In 2008, De Castro is also the author of the Supreme Court decision that affirmed the executive privilege invoked by former Socio-Economic Planning Secretary Romulo Neri.

Also, it was De Castro, the justice in charge on the case of the senior citizens’ partylist, who recommended that the Commission on Election (Comelec) be stopped from implementing its order disqualifying the Coalition of Senior Citizens in the Philippines. The decision became controversial after she accused then Chief Justice Maria Lourdes Sereno of altering the “restraining order.”

READ: De Castro: Sereno ‘altered’ TRO that I recommended in 2013

De Castro graduated from the University of the Philippines (UP) College of Law in 1972 with a certificate of merit award for academic excellence.

Some of her awards include: