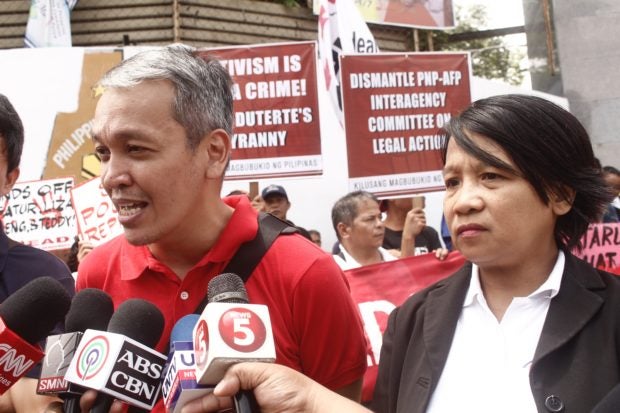 “There is rape because there is a rapist.”

This was what ACT-Teachers Rep. France Castro stressed on Friday as she demanded a public apology from President Rodrigo Duterte for his recent “maraming maganda, maraming rape” remark.

“President Duterte has once again reared his ugly misogynist, chauvinist head. Instead of answering the issue of rape in his city—in his country, for that matter—he again resorted to victim-blaming and crass, unfunny jokes,” Castro said in a statement.

“We demand from Rodrigo Duterte immediate retraction of his latest [statement] and public apology. We demand that his administration ensure immediate justice for rape victims not only in Davao but for the entire country,” she also said.

READ: Pres. Duterte says Davao has most number of rape cases due to their beautiful women

Castro said this is “unbecoming of any person, any public servant, most especially of the President.”

The opposition lawmaker also lamented how Duterte has become a “bad example to children.”

(He’s a bad example to children. To be honest, every time he speaks like this, our teachers and parents are obliged to erase this impression from the minds of our children on what action and words of a real man, real person.)

Gabriela Reps. Emmi de Jesus and Arlene Brosas, meanwhile, said Duterte’s rape remark may send “a very dangerous and distorted message” that “a woman’s beauty is a cause of rape.”

“We reiterate that rape is a crime punishable under our laws, and it occurs only because of the rapist mentality being perpetrated by no less than the President. We strongly condemn this latest flamboyant display of misogyny, which places more Filipino women at risk of rape,” they added.

This was not the first time the President drew flak for his rape jokes. During his election campaign in 2016, he joked about an Australian missionary who was raped in Davao City.

In July, the President also joked that he would congratulate a rapist who could carry out the crime even knowing he would die.

This, along with the declaration of martial law in Mindanao, prompted the resignation of Bangsamoro Transition Commission member Samira Gutoc-Tomawis.

How ‘The Filipino Instant Pot Cookbook’ hit the spot