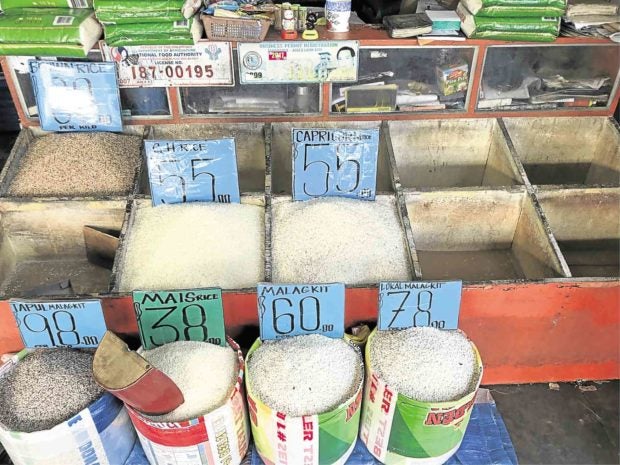 ZAMBO RICE CRISIS A rice shortage has hit Zamboanga City, pushing prices to over P70 per kilogram. Sen. Francis Pangilinan is seeking a Senate inquiry into the crisis, blaming corruption and incompetence in the National Food Authority, the state agency in charge of food security. —JULIE ALIPALA

Senators turned their ire on the National Food Authority (NFA) after the rice shortage in Zamboanga City forced the local government to declare a state of calamity.

The NFA is the state agency tasked with ensuring food security and stable supply and prices of the nation’s staple food.

Pangilinan chided NFA officials for letting Zamboanga City run out of rice at a time when the government was supposed to be funneling resources to Mindanao, the President’s hometown.

Rice prices in Zamboanga have risen to as high as P70 per kilogram amid dwindling supply, he said.

The Senate must investigate this matter, said Pangilinan, who used to oversee the NFA and served as President Benigno Aquino III’s assistant for food security and agricultural modernization.

“How can a rice shortage happen in the land of plenty under the first Mindanaoan President? For prices to shoot up to over P70 a kilo, is the shortage real? Is it hoarding? How did the rice situation in Zamboanga City reach calamity level? Who are responsible? What can be done to resolve the shortage?” he said.

These were the questions he said he wanted answered in a Senate probe.

In Zamboanga City, Mayor Maria Isabelle Salazar earlier this week denied accusations by her detractors that she and her family, including her husband, of involvement in rice smuggling.

She said she had spoken with all police station commanders in the city and gave strict orders to arrest anyone dropping names of officials, including her and her husband, retired military general Trifonio Salazar, in connection with any smuggling.

She also called on the police to look deeper and conduct lifestyle checks, not only on public officials like herself, but also on journalists, in apparent reference to a Facebook page and a radio station critical of her administration.

At the House of Representatives, Davao City Rep. Karlo Nograles urged the Department of Trade and Industry to step up its price monitoring of basic commodities.

Nograles, chair of the House appropriations committee, warned that callous traders may be taking advantage of the situation to rake in profits while blaming the Duterte administration’s tax reform package for the rising cost of basic goods.

“We have to send a message that profiteering does not pay,” he said in a statement on Thursday.

Pangilinan blamed the rice crisis on corruption and incompetence of the NFA’s top officials who, he said, must be sacked.

“Powerful and influential forces both in and out of government are making a killing in manipulating both the availability of NFA rice stocks in particular, and the rice importation and procurement processes in general,” he said.

The NFA, he said, must see to it that cheap and good quality rice is available in the market. It should also run after unscrupulous traders, he added.

According to Pangilinan, the NFA should procure rice three to six months before the intended delivery date when international prices are lower “to avoid being dictated upon by market forces.”

Gatchalian, chair of the Senate committee on economic affairs, said the NFA should be abolished so that taxpayers would no longer have to subsidize the “ineffective and unproductive” agency.

It is also the biggest recipient of subsidies among government-owned and controlled corporations in June 2018, getting P5.2 billion of the P9.72-billion subsidies, he added.

But instead of using its money to ensure food security, the agency used it to pay outstanding debts.

“It’s time to abolish this unproductive agency and put taxpayers’ money to better use,” Gatchalian said. —WITH REPORTS FROM JULIE ALIPALA AND MARLON RAMOS