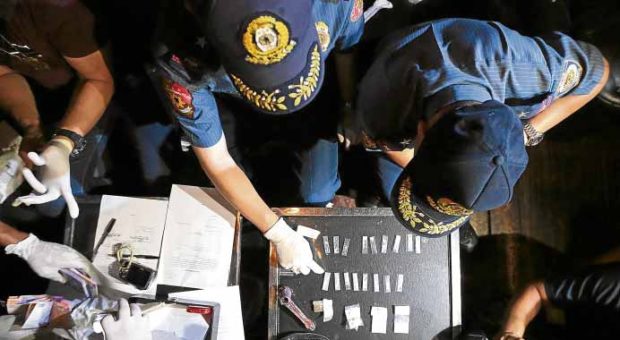 Officers from the Makati City Police who raided and implemented a search warrant for the Time in Manila bar have received an award for the successful operation which led to the recovery of different illegal drugs.

Aside from the six, 21 other personnel of the Makati police were also given the award.

In an interview after the event, Albayalde vowed to provide “even better lawyers” for the policemen involved in the said operations.

(Don’t worry, if those lawyers are good, we’ll get better ones.)

The said bar was previously raided on August 11, as its employees were allegedly involved in drug pushing.

However, both incidents were marred with alleged violation of human rights.  During the implementation of the search warrant on Thursday, lawyers claiming to represent the bar’s owners went inside the establishment and were arrested.

According to the Makati police, they were nabbed for supposedly threatening authorities and obstructing justice.  They were released after more than 24 hours, through an order from Senior Assistant Prosecutor Romel Odronia.

Different personalities and organizations, including music artists and lawyer groups, have spoken against the incidents, while the Commission on Human Rights vowed to investigate on the issue. /je