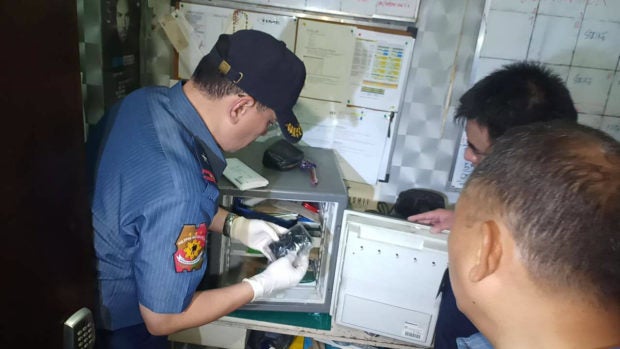 Operatives of the National Capital Region Police Office (NCRPO) and the Southern Police District (SPD) searched the Times Bar in Makati again on Thursday, after it was initially raided for allegedly selling party drugs to its customers.

Upon inspection, authorities found bank documents, bundles of cash, and tablets and powders in air-tight bags suspected to be illegal drugs.

On Saturday, authorities recovered at least P1.5 million worth of cocaine and P22,800 worth of ecstasy in a raid, where 31 employees of the said bar have been accused of selling illegal drugs.  A total of 123 guests, including 57 foreigners, were also invited for interrogation.

The incident became controversial after music artists and some lawyers expressed concern on how people were accosted for merely being in the crime scene, saying that their rights could have been violated. /je