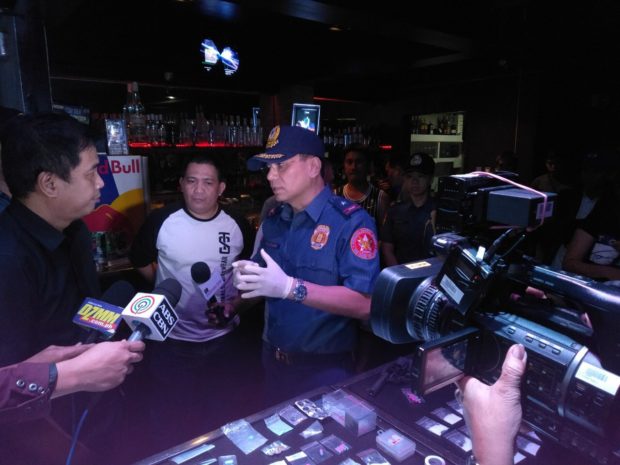 Members of the Southern Police District raided a bar in Makati City on Saturday for allegedly selling suspected cocaine, ecstasy and other party drugs to its customers.

The police added that the 31 workers were rounded up for drug trafficking charges.

Recovered from the scene include 19 sachets of suspected cocaine, 19 ecstasy capsules, four ecstasy tablets, a sachet of high-grade marijuana, a .38-caliber revolver, five rounds of ammunition, buy-bust money worth P22,500, and drug paraphernalia.

Police said the cocaine was estimated to weigh 315 grams, worth P1.5 million while the 19 pieces ecstasy was worth P22,800

Authorities are checking the business permits and licenses of the bar. /jpv