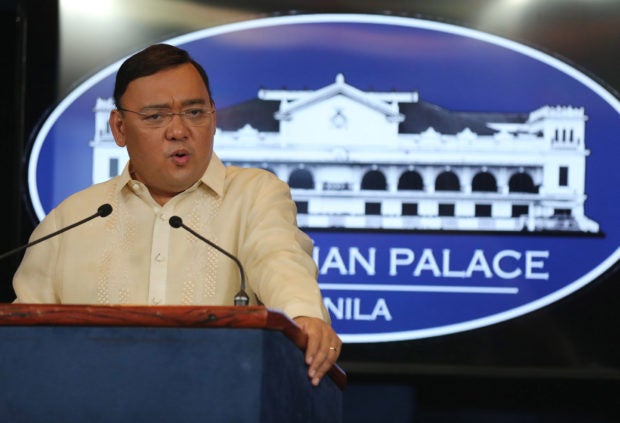 The Palace denied on Monday reports that President Duterte fell ill last Saturday night while attending an event of his college fraternity in Davao City.

Presidential spokesperson Harry Roque told the Inquirer that he called former Justice Secretary Vitaliano Aguirre who is a member of Lex Talionis Fraternitas and the latter told him that the report that the Chief Executive fell ill at the fraternity’s national convention Saturday night was “not true.”

The President delivered a speech there but it was not released to the media.

Roque also said he would be one of the first to be informed should President Duterte indeed got sick.

Roque said the President was in Davao City and would be back in Manila on August 27 for the National Heroes’ Day. He will be visiting Israel and Jordan starting Sept.2.

He said it was not unusual for the President to be in his home province for the Kadayawan festival, a week-long celebration.

Duterte will be in Cebu City on Tuesday, he said. /cbb