Woman killed after being struck by SUV days after birthday 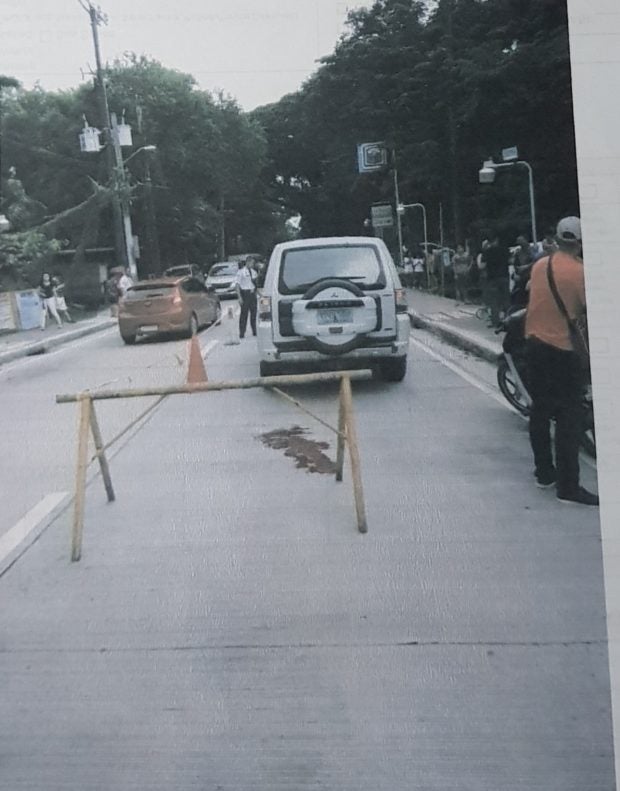 Photo courtesy of UP Diliman police

A woman who had just celebrated her 60th birthday died after she was ran over by a sport utility vehicle on the University of the Philippines campus in Diliman, Quezon City, on Thursday.

PO1 Oscar Sese, Quezon City Police District traffic investigator, said Laarni Martin was crossing the street in front of the old UP Shopping Center when she was struck by a reversing Mitsubishi Pajero at 11:30 a.m.

Due to the impact, she fell to the ground and the vehicle ran over her.

Edwin Porquerino, the victim’s cousin, said that Martin was in UP to photocopy documents for her senior citizen identification card application. She had just marked her 60th birthday on Aug. 5.

The Pajero driver, Emmanuel Rausa, was backing up his vehicle to park on the other side of the road where there was an optical clinic. He told the UP police he was about to have his eyeglasses fixed.

Security guard Junior Flores and other responding UP policemen rushed the victim to the nearby UP Infirmary where she was declared dead due to serious head injuries.

The victim left behind her husband and their three children.